Will Do Surgical Strike On Old City : Bandi Sanjay 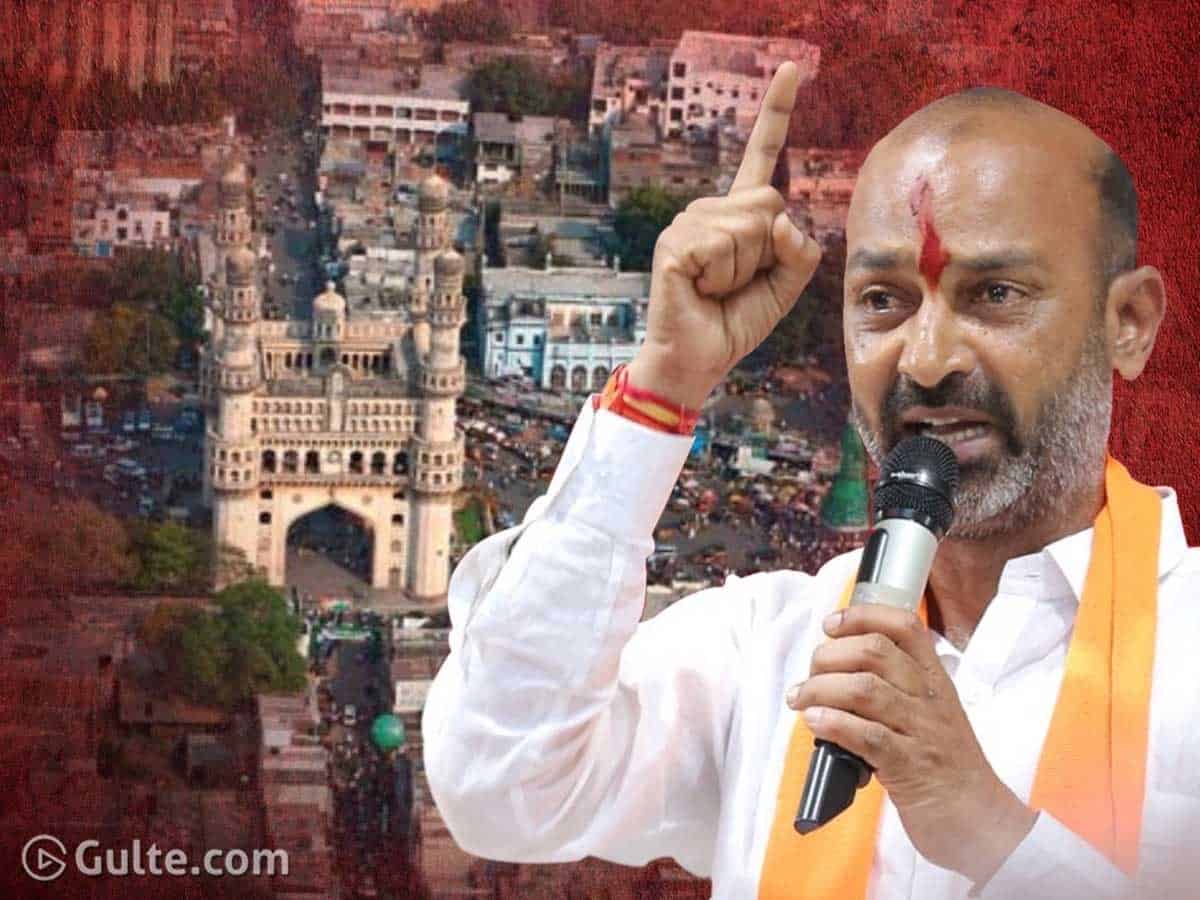 Telangana BJP chief Bandi Sanjay, who has been very vocal these days, especially after the Dubbak by-poll victory, is at it again. This time, Karimnagar MP Sanjay has made hard-hitting comments on Old City during a road show. Sanjay said, “There are huge numbers of Rohingyas and Pakistani voters in Old City. Let the BJP take over the GHMC Mayor crown, we will do a surgical strike on Old City. The elections should be held without counting the Rohingya votes. We shall oppose the forces that divide the Hindu society.”

Further Sanjay asked the people to choose between developmental ‘Bhagyanagar’ and restless ‘Hyderabad’. Once again the change of Hyderabad name came into the scene with Sanjay uttering ‘Bhagyanagar’. The other day it was BJYM national president Tejasvi Surya who addressed Bhagyanagar instead of Hyderabad and today it is Sanjay.

As BJP is touching upon sensitive issues, MIM has thrown a direct challenge at the BJP. MIM chief Asaduddin Owaisi has asked BJP to show 100 Ronigya votes in the Old City. Meanwhile, Owaisi has hit out at the Centre and asked what funds the Centre has provided to Hyderabad since 2019 for city’s development or now as flood relief towards recent floods. Owaisi said, “Daily one or the other person is landing from Delhi on a parachute. PM Narendra Modi and BJP are hurt after I questioned them about what funds have they given to Hyderabad for development since 2019. What relief did they provide after the floods in the city.”

Some days ago, Bandi Sanjay had also found fault with the challan system and promised voters that their party would scrap off all the challans if they win the GHMC. He also said that they will allow triple riding on bikes if they win Hyderabad Mayor post. However, these promises of Sanjay had invited criticism while ruling TRS folks have ridiculed Bandi Sanjay. Now Sanjay’s sensational comments on Old City may land him in trouble. But it is very clear that BJP wants to polarise voters and wants to gain from it. The moot question is that will this strategy work? After winning 4 MP seats including Nizamabad, Karimnagar and winning Dubbaka by-poll, BJP is on fire. Only time will tell what is in store for the Lotus Party in Telangana.