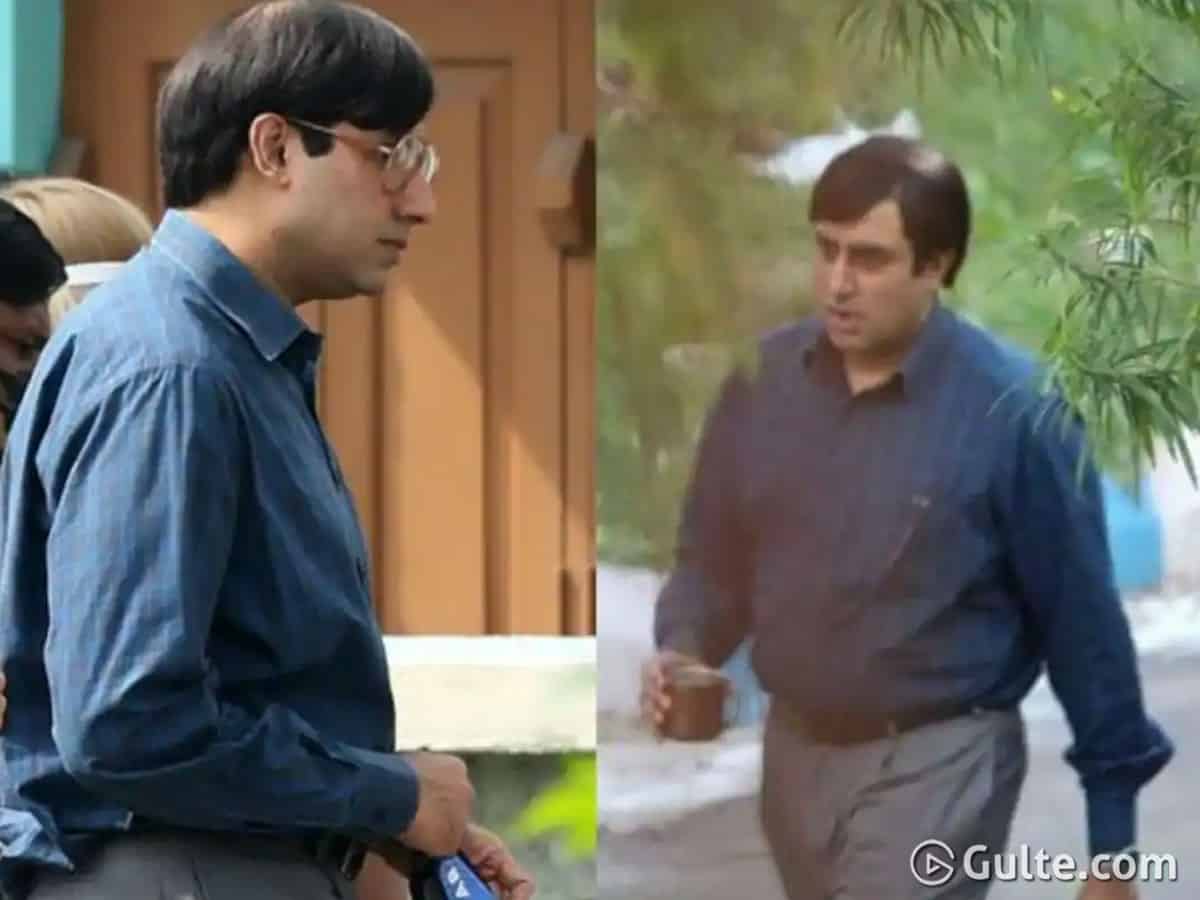 If you have not recognised or not believed who it was in the picture, it was none other than Abhishek Bachchan aka Jr Bachchan. Abhishek Bachchan is looking very different – in fact, unrecognisable – in this picture. Dressed in a blue shirt and dark pants, Abhishek wore a wig (Bog Biswas wag) and large glasses. Abhishek was seen with a big stomach (paunch) in Bog Biswas look, the role of a contract killer that became hugely popular in Kahaani.

Abhishek’s look as character Bob Biswas is absolutely stunning and drawing a lot of applause from all corners. The pics of Abhishek from the sets have leaked and several fan clubs shared it widely. Abhishek’s transformation is talked about for the role. In no time, the pictures of Bob Biswas are going viral online.

Touted to be a spin-off to Kahaani (2012), the character Bob Biswas in the film became popular. Shah Rukh Khan’s Red Chillies Entertainment has announced Bob Biwas. The film also features Chitrangada Singh and Amar Upadhyay. It is buzzed that Vidya Balan is likely to have a guest appearance in the film.

While the film had hit the floors in Jan 2020, the shoot got delayed due to Covid-19 pandemic. Recently, Abhishek Bachchan suffered with Covid-19 and got admitted in the hospital. He successfully recovered from Covid and started shooting for the Bog Biswas.

Earlier, Abhishek stunned in such transformation for Mani Ratnam’s Guru where he had transformed himself for the role of Dhirubhai Ambani. While Abhishek entertained everyone with Bunty Aur Babli, he moulded himself for Shankar Nagre (son of Subhash Nagre) in Ram Gopal Varma’s Sarkar. Looks like Bob Biswas would be another landmark and life-changing role in Abhishek’s career that saw several ups and downs.