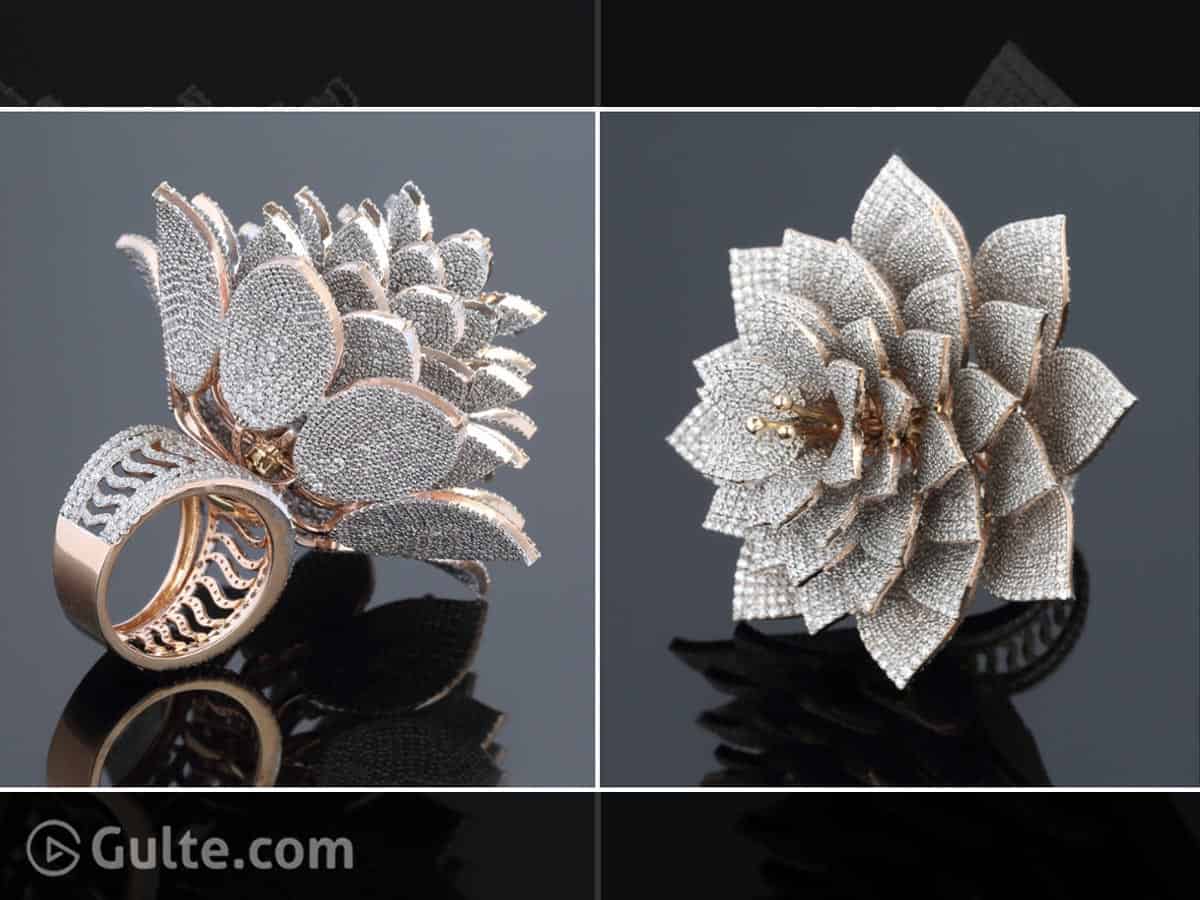 A jeweller in Hyderabad has set a Guinness world record. One Srikanth bagged the record by setting the number of diamonds in a single ring. The elegant ring features 7801 natural diamonds. Thus it makes the first Guinness world record in jewellery from south India. The precious diamond ring, which was unveiled earlier this month, is titled as ‘The Divine -7801 Bramha vajra kamalam’. The name of the ring is inspired by Bramha Kamalam, a rare sacred flower in the Himalayas. This flower can be used for medicinal qualities. In Sanskrit and Telugu diamond is described as Vajra, this pattern was picked for “The Divine ring ” because it explicitly used to offer while worshipping in its purest form.

Creation of the Ring

The creation of this ring began in September 2018, and it took nearly 11 months to complete. A whole team of dedicated and artistic craftsmanship worked for the ring for its entire process. The ring contains six layers of petals, out of which five layers have petals in each and sixth layer has six petals in it with tree pollen in the centre of the ring.

“I am very honoured and thankful to the Guinness World Records for recognising my passion for creating unique pieces of art in jewellery,” Srikanth, creator of the ring, said. “It gives me immense pleasure to get awarded at the global level for the masterpiece that I created. It is a big milestone for us. We wish to share this success by auctioning the ring to patrons,” he added.