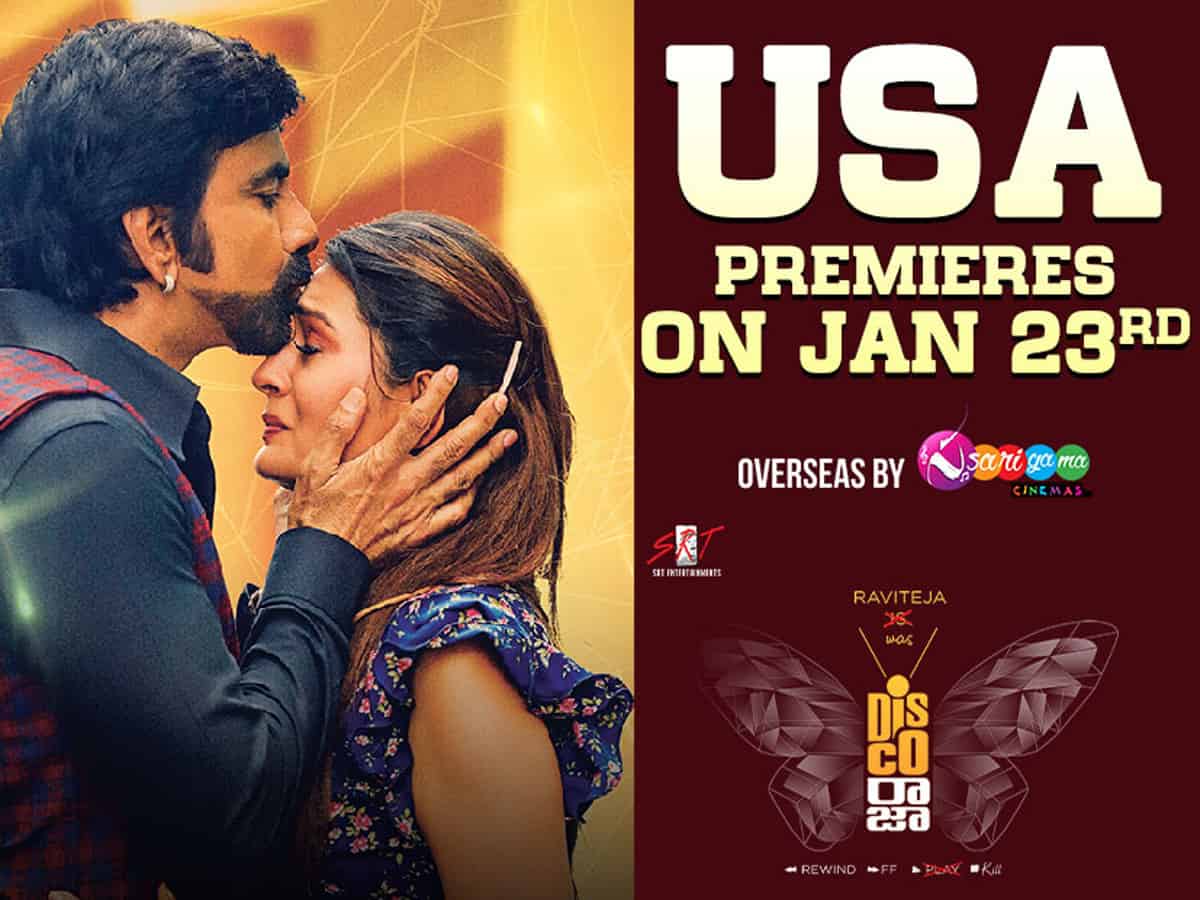 Mass Maharaja Ravi Teja is all set to FREAK OUT on the big screen this weekend as his film Disco Raja releases on January 24th, worldwide.

Sarigama Cinemas, the leading distributor of Indian cinema overseas, is giving the film a grand release across the US with premieres in over 160 prime locations on January 23rd.

The film sees Ravi Teja in his sassiest avatar yet as he transforms into the retro zone as never seen before. It’s already visible from the promos that the actor has not only transformed but also seems to be in his inimitable entertaining best.

Starring sensational actresses Nabha Natesh, Payal Rajput and Tanya Hope in key roles, the film is directed by Vi Anand who is known to explore new concepts with every film of his.

In a unique blend of the science fiction genre into the mass masala space, Ravi Teja’s latest outing is going to be a feast for Telugu cinema lovers who are looking for something new this season.

The icing on the cake is surely another blockbuster album by S Thaman who is in a good form at this moment. So far, all the three songs released from the film have left the audience in amazement. Capturing the retro mood are songs sung by Bappi Lahari and SP Balasubrahmanyam.

If anything, this one might just be the perfect film that you need this season!

Book your tickets now to watch this film with your family and friends at a screen close to you.