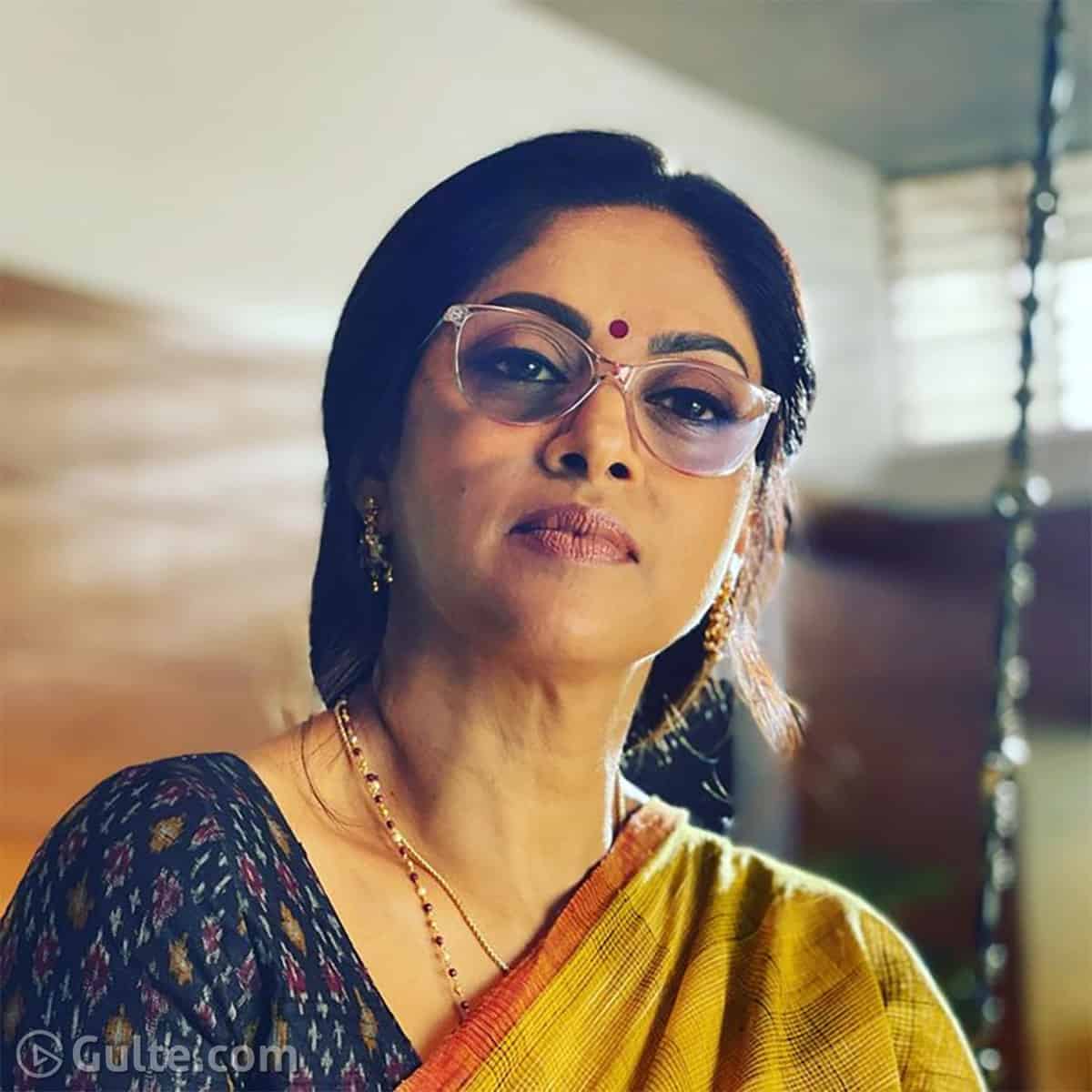 Ram Pothineni signed his next film under Lingusamy’s direction. The film unit began the shoot a couple of days ago. The first schedule will feature Ram, Nadhiya, and other actors. The film unit launched the look of Nadhiya from the film.

Nadhiya looks gracious in a simple yellow saree and a blue colored designer blouse. With glasses on, the actress gives the feels of essaying a strong character in the film.

The film unit did not reveal the details of Nadhiya’s character in the film but we hear that she is playing Ram’s mother in the movie.

The makers canned the first shot on both Ram and Nadhiya on the first day of the shoot.

Nadhiya recently wrapped up the shoot of Drushyam 2 which is gearing up for a grand release on Dinsney+Hotstar.

Ustaad is the title in consideration for this Ram’s untitled project. Krithi Shetty plays Ram’s romantic interest in the film. Devi Sri Prasad is the film’s music director.