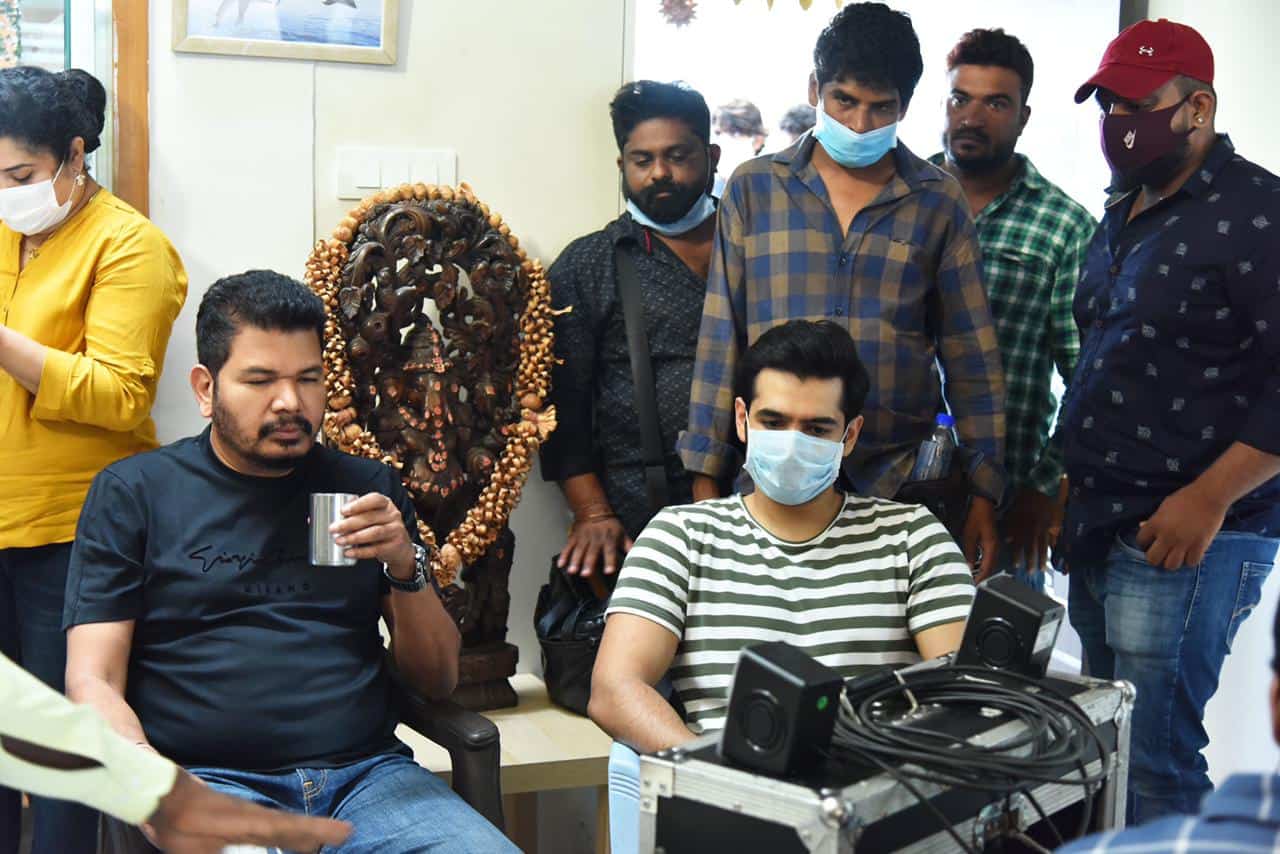 Director Shankar is all set to direct Ram Charan under Dil Raju’s production. The ace director landed in Hyderabad for the pre-production works of the same.

Meanwhile, the director visited the sets of Ram’s next film, under the direction of Lingusamy. Shankar and Lingusamy share a close bonding and the Bharateeyudu director paid a friendly visit to RAPO19 sets.

As per sources, Shankar received a warm welcome by the cast and crew of RAP019 including Ram, Lingusamy, the film’s heroine Krithi Shetty and veteran actress Nadhiya.

Shankar is said to have listened to a song from RAPO19 and is said that it was nice and melodious. Shankar spent some quality time on the film’s sets and conveyed his best wishes to the team.

The movie, is tipped to be a commercial entertainer with a difference. The film’s shooting is said to be progressing at brisk pace. Produced by Srinivasaa Chitturi, the shooting of RAP019 commenced recently, following the ease of Covid-19 lockdown restrictions.

On the other hand, Shankar is yet to lock the cast and crew for his next film. The film marks the 15th film in Ram Charan’s career and it is Dil Raju’s 50th production.