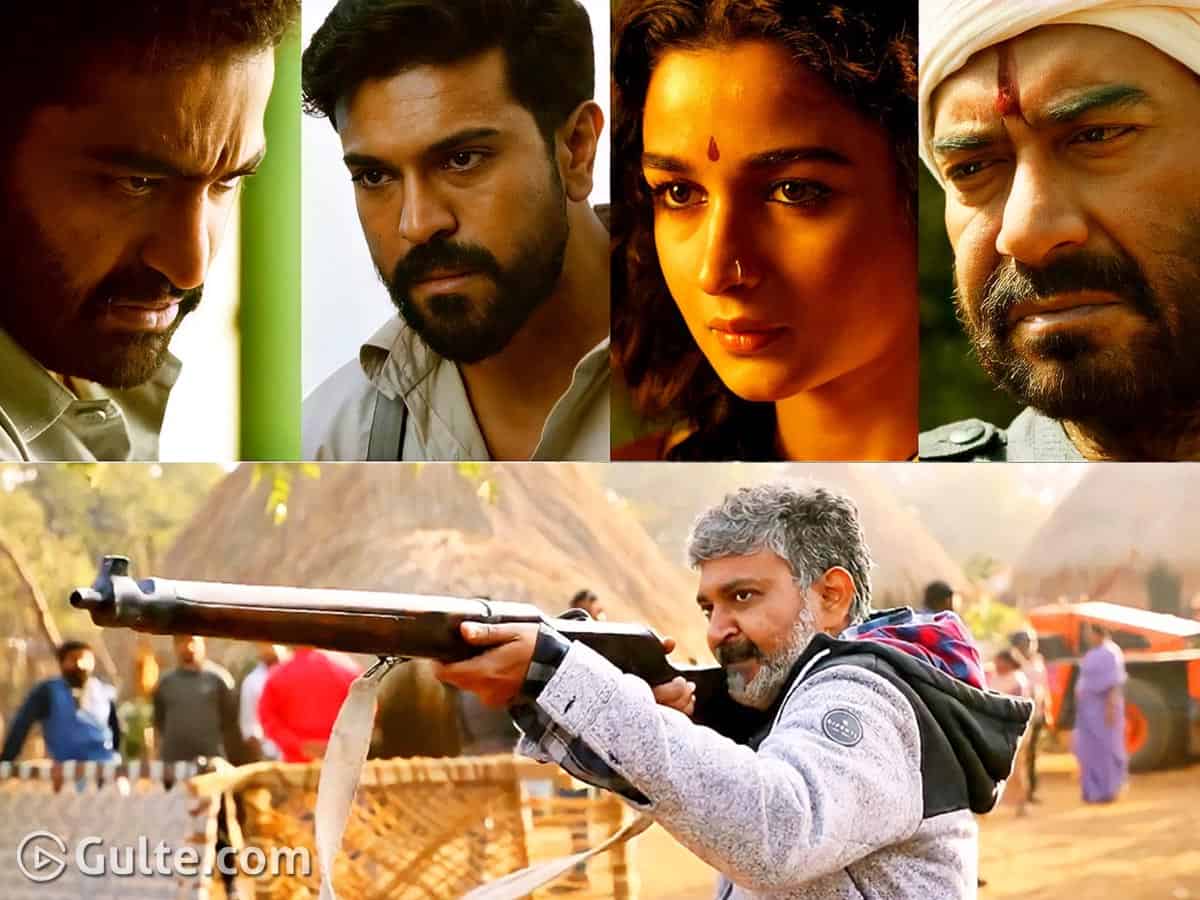 The much-awaited making video of RRR, titled ‘Roar of RRR,’ was released earlier this morning. As expected, the video looks epic and has increased the expectations of the movie. At the end of the video, the makers have affirmed that the film will hit the screens on October 13, 2021. This is now concerning fans and trade circles of the film industry.

Directed by SS Rajamouli, this epic features Jr. NTR and Ram Charan in the lead roles. Except for two songs, the entire shooting of RRR is finished. One of these songs will start getting filmed in a couple of days. Rajamouli is making sure to continue the post-production works simultaneously. He and his team are highly confident about releasing the film on time.

Meanwhile, the theatres are yet to open in Telangana and Andhra Pradesh. Though the Telangana government permitted theatres to reopen with full occupancy, the AP government allowed only 50% occupancy.

There is a fear of the third wave of the coronavirus as well. It is predicted that the wave will hit the country either in August or September. A section of media is already reporting that the third wave hit India already. Giving room to these speculations, we already witnessed many new variants getting detected in different parts of the country.

As RRR is a pan-India film, it will have a wide release across the country. But theatres remain shut in many states, including Maharashtra where multiple cases were detected during the second wave. Even if they open, they may run with a 50% occupancy rule till the end of this year. The governments will not take a daring step to allow full occupancy in theatres anytime soon.

RRR is a film that needs to be celebrated in jam-packed cinema halls. It can’t be enjoyed with minimal attendance of the audience. Meanwhile, fewer occupancy rules may also affect its business.

Since the film will have a release in multiple languages, a simultaneous release is the one and only option in front of the makers. If the film release in a few states, there is a chance of piracy.

There is no chance of selling it to any OTT platform for a direct digital release. The fans will also show interest to watch this magnum opus in theatres than watching it in the comfort of their homes.

Considering all these factors, one would wonder how come the team is so confident about releasing the film on October 13?

Will the producer face any losses if he pushes the release further?

What will be the situation outside when the film hits the screens?

Only time can answer these questions.