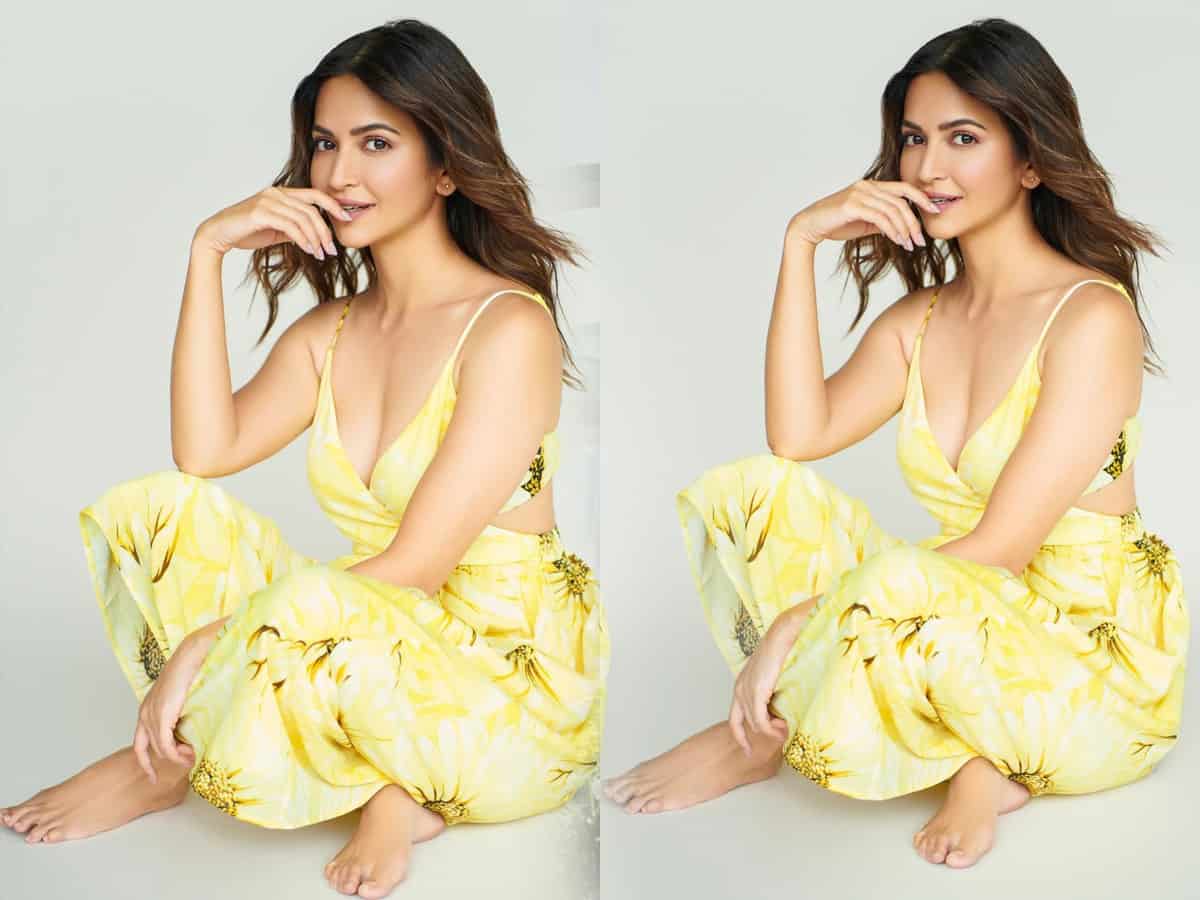 Kriti Kharbanda drops a new picture of hers looking as fresh as a daisy, clad in a yellow strappy dress. Flaunting her flawless skin, Kriti treats her fans on Instagram with this new indoor photography and the actress is seen in a keyhole waist maxi with a plunging neckline.

The actress kept open tresses with subtle makeup and airbrushed skin. She gave a playful look for the camera while sitting in a cross-legged posture. Kriti mentioned about her upcoming film 14 Phere in her caption, reminding her followers to watch the recently released trailer.

Talking about her film, 14 Phere stars Vikrant Massey and Kriti Kharbanda in the lead roles and Devanshu Singh is directing the film. The film is all about the havoc created in and around an Indian wedding. The trailer shows how the lead characters engage in a romantic college love story, but soon gets entangled in a family drama. 14 Phere will be released on July 23 on ZEE5.