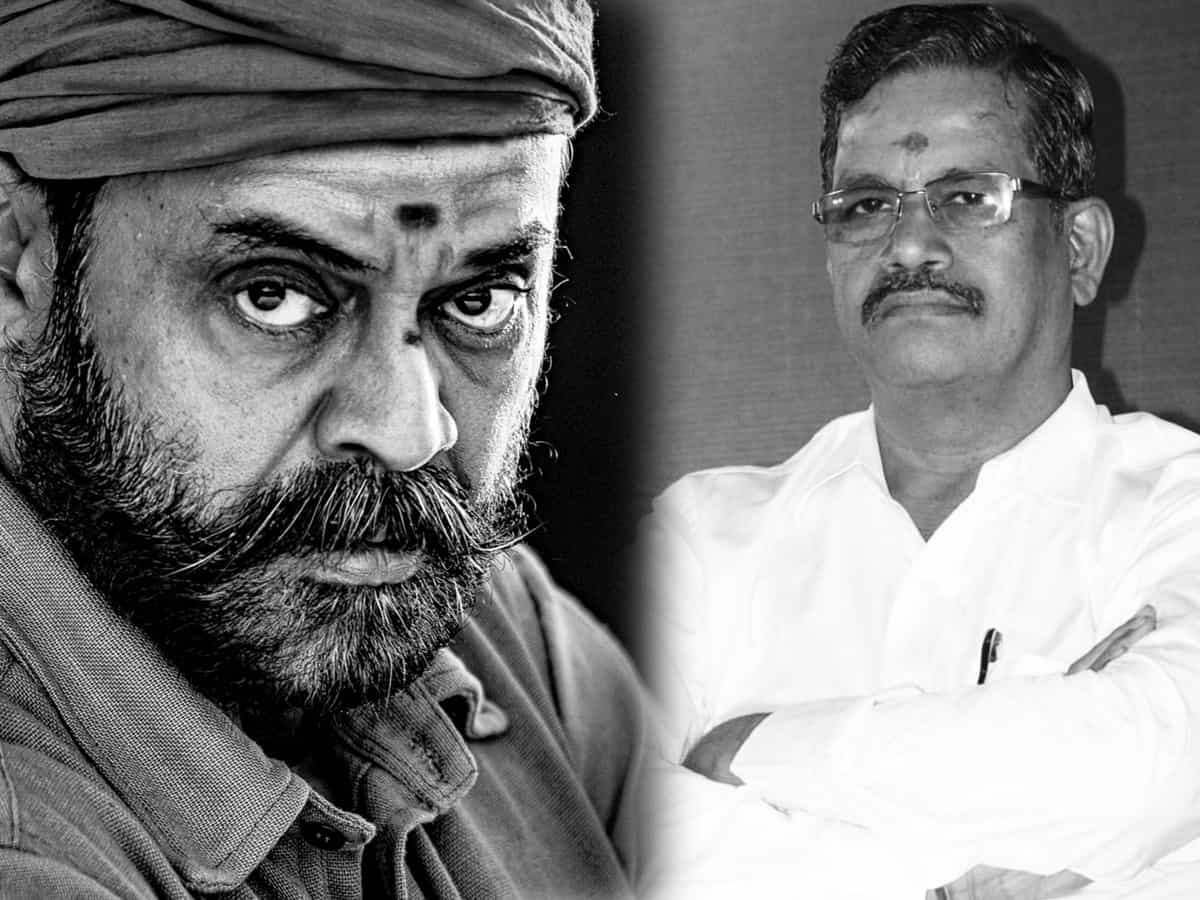 When ‘Narappa’ was announced for OTT release, many fans were disappointed and even hero Venkatesh was not convinced with the digital release. Yet the buzz around this OTT release is not stopping and the makers of ‘Narappa’ are doing all attempts to calm down the audiences/viewers.

Producer Suresh Babu too issued a clarification why ‘Narappa’ is getting OTT release and now the main producer has stepped into the scene. ‘Asuran’ producer Kalaippuli S Thanu released a video message and explained what led to the decision.

“After 17 years, Venkatesh garu is doing a Tamil remake and he has done an extraordinary job in ‘Narappa.’ Yes I agree that everyone was upset with the OTT release and I would like to make it clear that it was me who pitched the digital release to Suresh Babu garu,” said Thanu.

Adding, “Suresh Babu was not ready for the OTT release but I pressured him because we have announced the release of ‘Narappa’ on May 14th. Due to the second wave it did not happen and there is a fear of a third wave and many OTT offers are coming forward. So I approached Suresh Babu garu and convinced him. I would like to tender an apology to all the fans.”

“I’m a distributor and I love to watch films in theatres. But this decision was inevitable. The producers are safe and hope the viewers watch the film and enjoy it safely in their homes,” concluded Thanu.