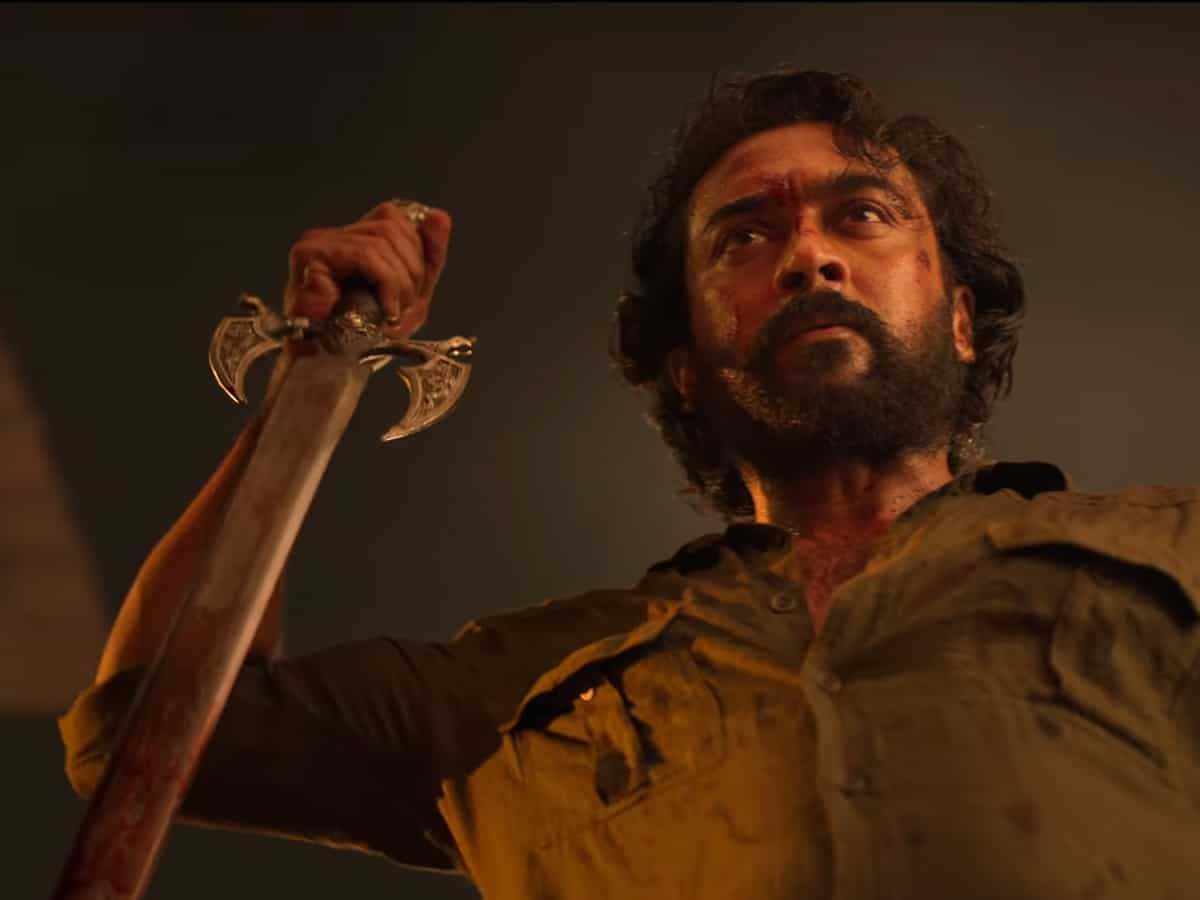 Hero Suriya bounced back to success with ‘Aakasham Nee Haddu Ra.’ Now Suriya is busy with back-to-back films and his 40th film is titled ‘Etharkkum Thunindhavan.’

Tomorrow Suriya will be celebrating his birthday and so the makers of ‘Etharkkum Thunindhavan’ have unveiled the first look and a short teaser. “Dear all here is the first look of #EtharkkumThunindhavan,” tweeted Suriya.

Holding a big sword in one hand and a gun in the other, Suriya walks across and we see scattered dead bodies. In a typical white lungi and coloured shirt, Suriya appears in ‘Oora Mass’ avatar.

The highlight of this short teaser is the big sword and it might have a huge significance in the movie.

‘Etharkkum Thunindhavan’ is being directed by Pandiraj while ‘Gangleader’ fame Priyanka Arul Mohan is playing the female lead.