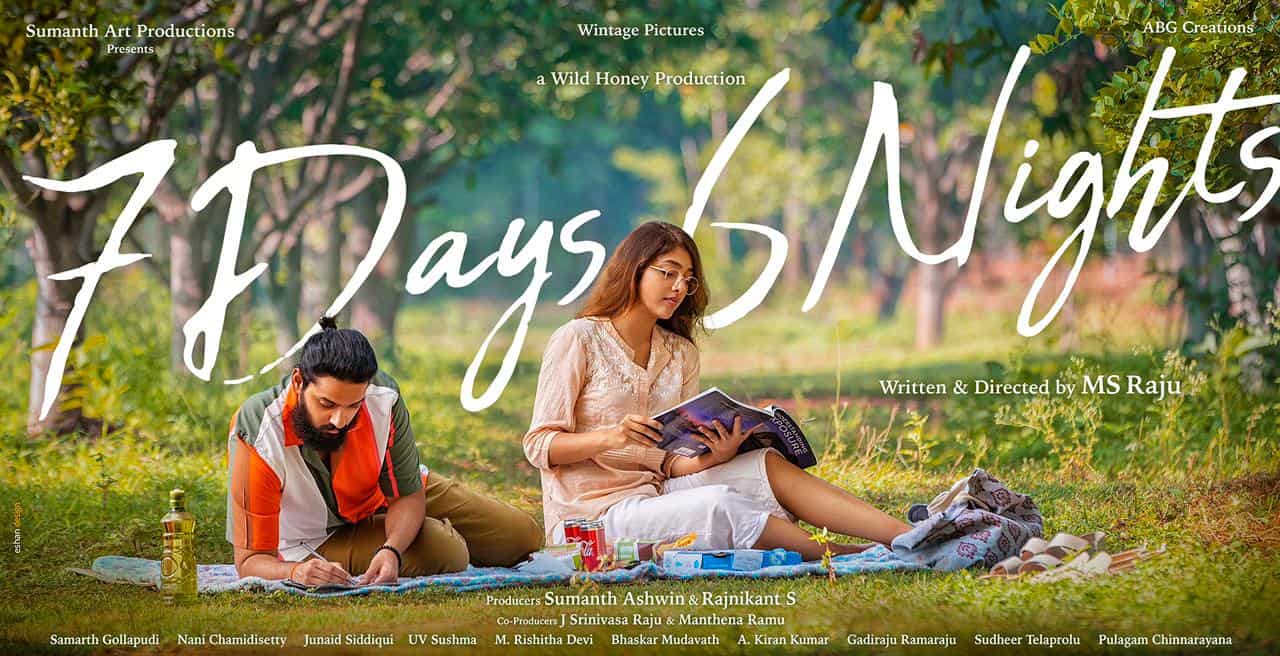 Aiming another hit in a row after Dirty Hari’s success, noted filmmaker MS Raju’s next to be a new-age film titled as ‘7 Days 6 Nights’.

A classy poster of the film revealing one of the lead pairs Sumanth Ashwin & Mehar Chawal with Title is out today.

Wrapping up 60% of shoot, movie team is buckling up for a continuous outdoor schedule now.

Expected to be a breezy entertainer worth watching with family, ecstatic visuals, blissful music & engaging screenplay are proclaimed to be its major highlights.

MS Raju, who’s been a popular producer is also known for giving the biggest breaks to young and talented aspirants through his movies.

As of now, he’s very confident about the success of new faces, Rohan & Kritika Shetty starring as the other lead pair, Sushma & Rishika Baali playing crucial roles in his movie. If everything falls in place, 7 Days 6 Nights will hit the theatres by September 2nd week.