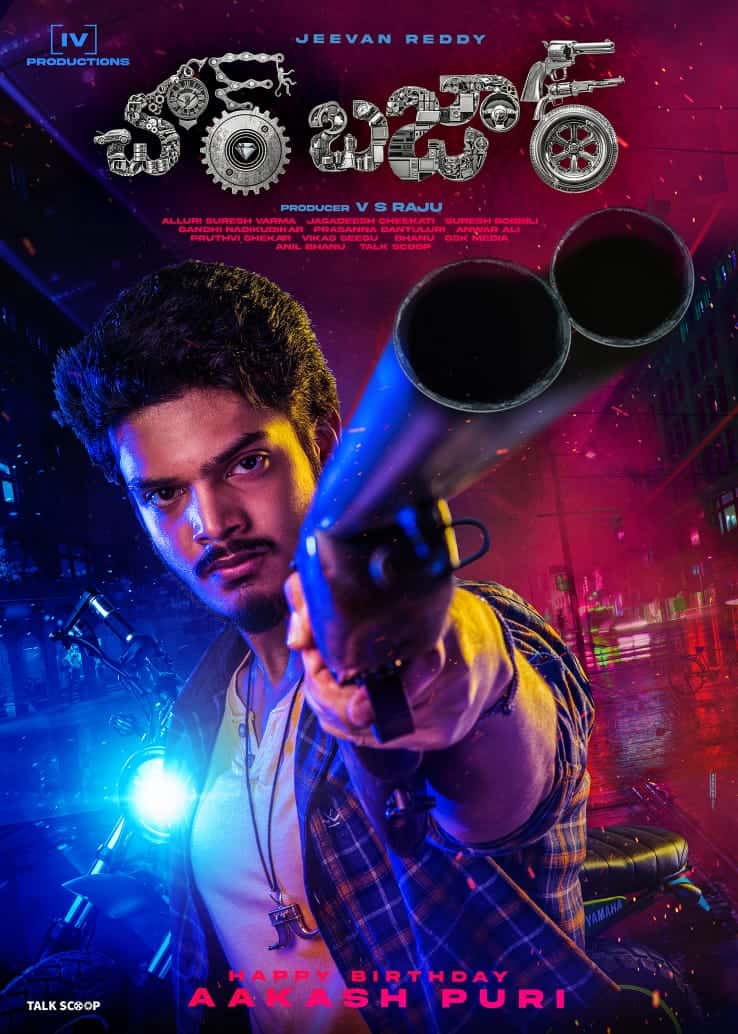 Hero Aakash Puri is a swiftly emerging talent in T-town. Being Dashing Director Puri Jagannadh’s Son, he proved himself worthy beyond his father’s fame.

Today on his birthday, first look & motion poster of him as ‘Bachan Saab’ from his next ‘Chor Bazaar’ is out.

Suresh Bobbili is scoring music while V.S.Raju is producing it under IV Productions banner. Shoot commencing at the outskirts of Hyderabad.