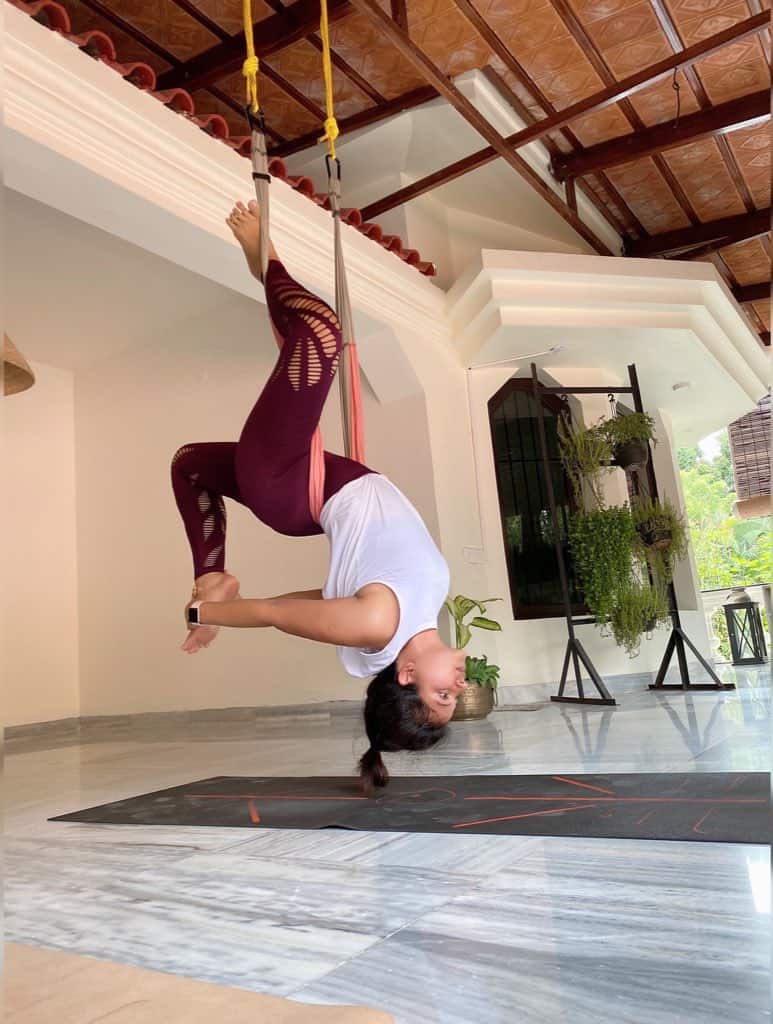 When she first entered the film industry, Anjali was a bit chubby. She shot to fame with her supreme acting skills and people liked her the way she was. Of late, the Masala actress became more fitness conscious and shed a lot of weight.

Anjali has been working out daily and performs Yoga as well to keep herself fit and healthy. Earlier today, she shared a few pictures of her performing Aerial Yoga which grab our attention right away.

“I bend so I don’t break,” captioned Anjali, showing off her impeccable Yoga skills. One would definitely appreciate Anjali for attaining a perfect physique from the way she was a couple of years ago. These pictures are now going viral all over the internet.

On the career front, Anjali was last seen in the movie Vakeel Saab in which she acted alongside Pawan Kalyan and Nivetha Thomas. She now has a few interesting projects in the pipeline.

Well, with a toned physique, Anjali is now grabbing the eyeballs of filmmakers as well and we can expect her bagging a big offer soon.