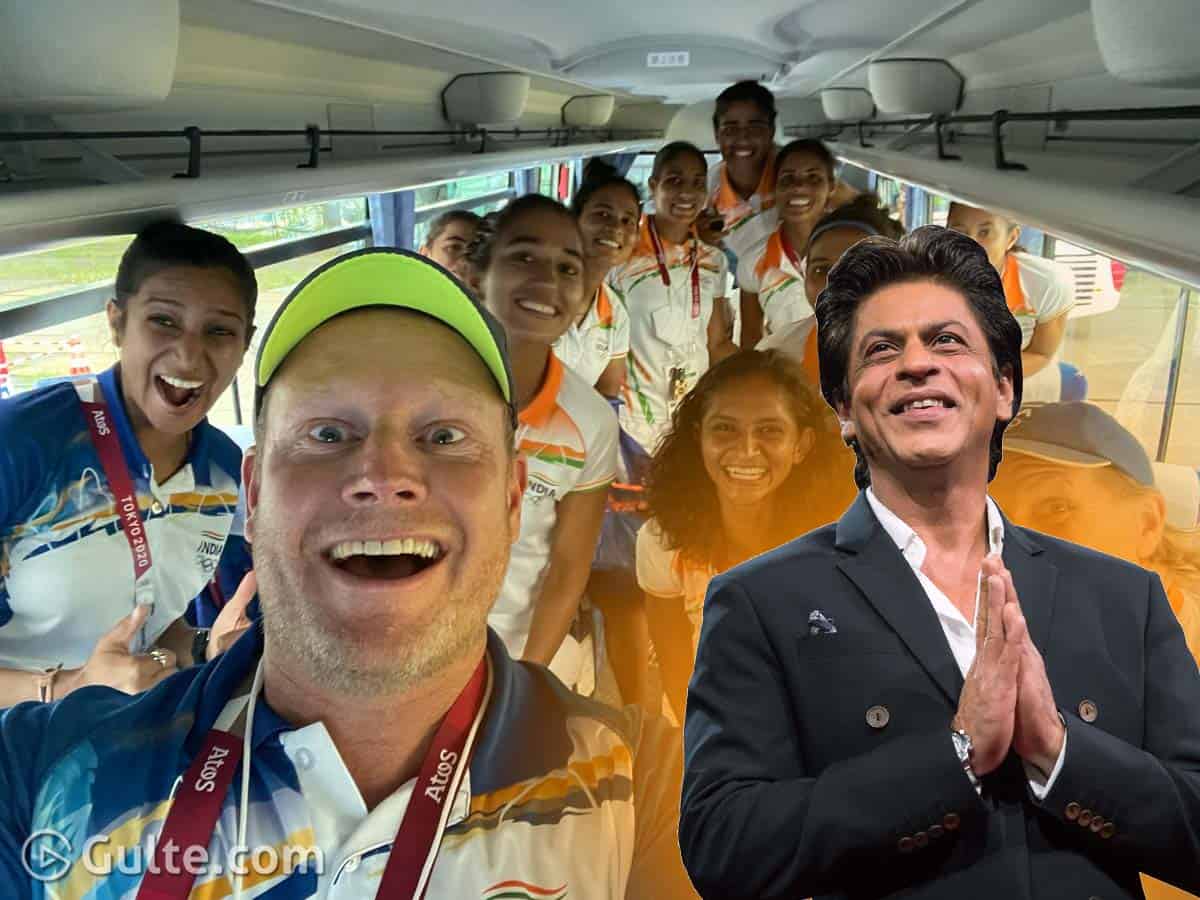 Bollywood Badshah Shah Rukh Khan, who portrayed the role of coach Kabir Khan in the movie Chak de India has urged the Indian women’s hockey team coach Sjoerd Marijne to bring back the gold for a billion family members in a tweet.

Coach Sjoerd Marrijne posted a selfie with the team after their historic win and captioned it “Sorry family. I coming again later”. Shah Rukh Khan retweeted his post and wrote,” Haan Haan no problem. Just bring some Gold on your way back for a billion family members. This time Dhanteras is also on 2nd Nov. From: Ex-coach Kabir Khan”.

Sjoerd Marijne proudly took to social media to inform his family that he shall postpone coming home as his team is now scheduled to face Argentina at the Oi Hockey Stadium in the semifinals on August 4.

The historic win today saw India defeating three-time Olympic gold medallists Australia 1-0 at the Oi Hockey Stadium on Monday to enter the Tokyo Olympics women’s hockey semi-finals. Gurjit Kaur scored the lone goal in the match during the first half through a penalty corner in a very tightly contested match. The Indian women’s hockey team made it to the semi-finals of the Summer Games for the first time.