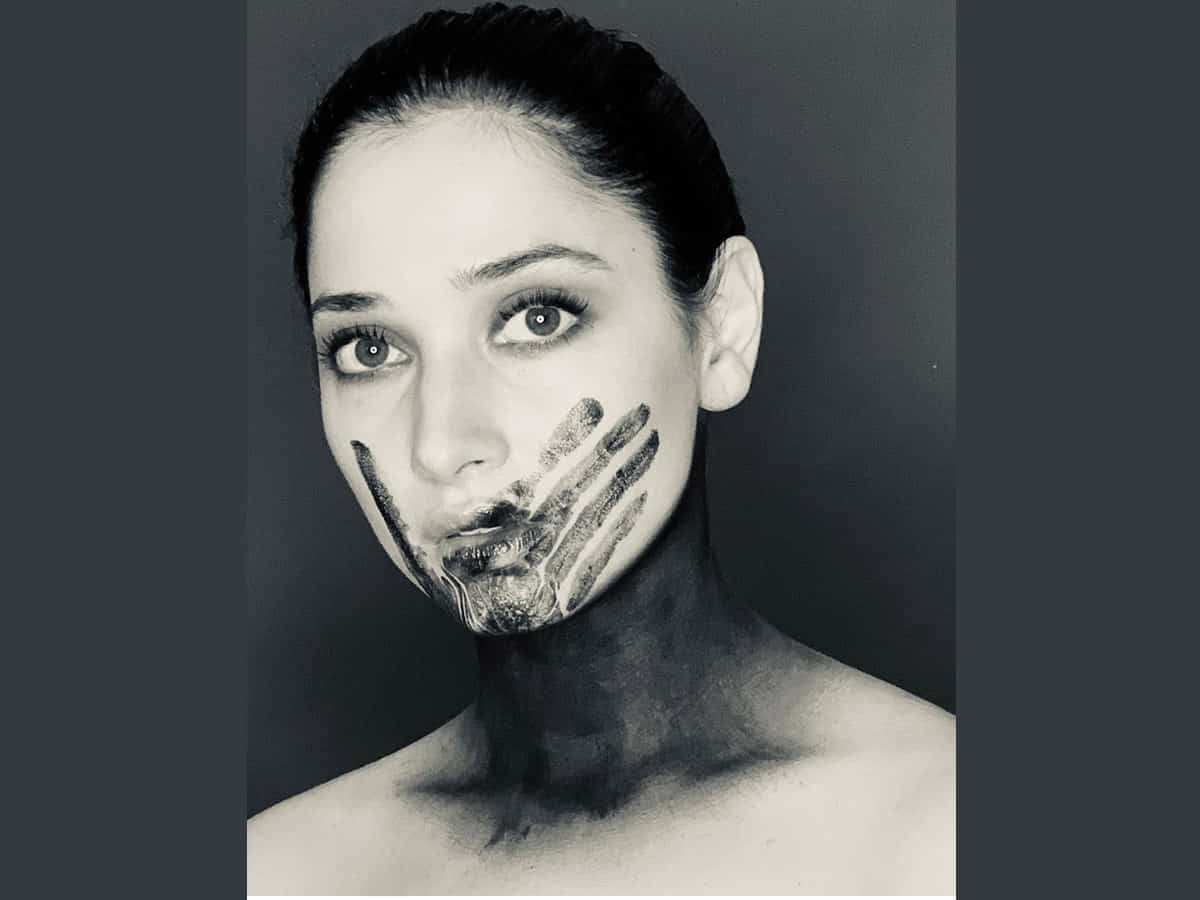 The murder of George Floyd triggered huge protests all over the US and garnered great support from more than 18 countries. The slogan ‘Black Lives Matter’ turned big, while there is another one ‘All Lives Matter’ that was brought to the trend by whites supporting the ongoing protests. The African-Americans ridiculed the latter and calling it the one used to oppress the #blacklivesmatter movement.

On this side of the world, like many other actors, Tamannah too tried to be part of the protest online through a social media post with a picture and a quote. This controversial picture of Tamannah with a negative hand imprint on the mouth started attracting trolls from all sides.

Tamannah’s post is ruled out as a tone-deaf post by many on the internet, as they say, she just wanted to be part of the protest like many other actresses do, but just to turn some eyes on.

The netizens came down heavily on Tamannah for her quote ‘All lives Matter’ instead of ‘Black lives matter’. They trolled her heavily as she did not really stand for anyone suffering the discrimination in the country so far or she did not stand in support for fellow heroines who were abused and threatened. Strangely, her post started with words ‘Your silence will not protect you’.

Her post is called out hypocritical’ as she earlier endorsed fairness creams and fair skin, like other actresses Disha Patani and Priyanka Chopra.

And finally, the photo she chose to pose is actually questioned and lessoned by many asking her to learn the facts first. The particular red hand symbolizes women being silenced, in a movement started to raise awareness about the native women going missing or being killed in the USA and Canada. It is MMIW which stands for Missing and Murdered Indigenous Women.

It looks like Tamannah failed to get the facts and sense of the movement right inviting big criticism.