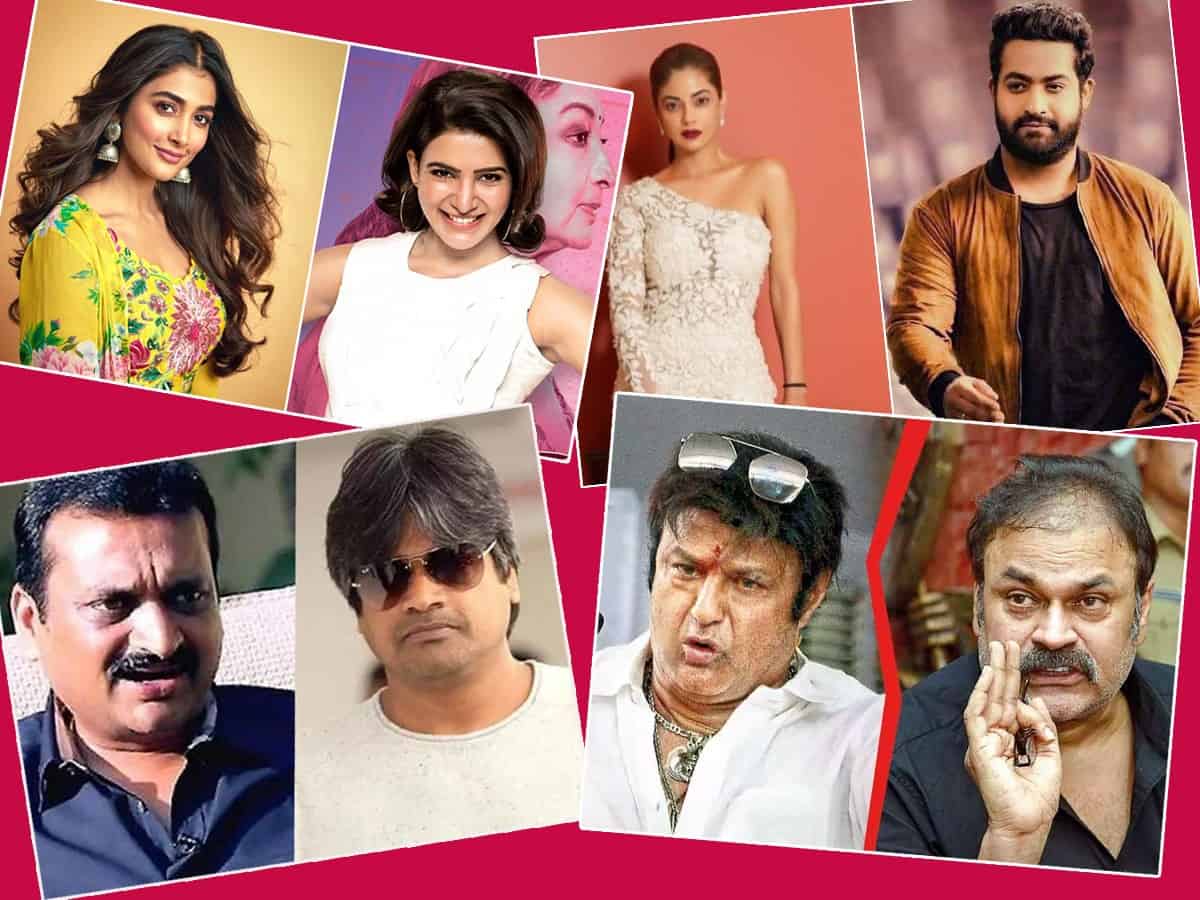 There is no end to controversies in Tollywood and always, cold wars in between some or the other actors keeps happening. But more than ever, in a span of a month or so, more than four controversies have taken place and here’s a roundup of all of them.

On one fine day, Pooja Hegde’s Instagram story said that Samantha is not pretty at all. Samantha’s fans just couldn’t take it and hashtag #PoojaMustApologiseSamantha went viral. Pooja took to Twitter that her Instagram handle has been backed. But still, this did not go well with Samantha’s fans and the actress received backlash from fans of the Jaanu actress. Also, Pooja’s fans did not leave her alone. They stood with her like rock and said that Pooja doesn’t have to apologise because her account is hacked. #WeStandWithPoojaHegde also went viral by them.

This was the big controversy that took place. Gabbar Singh has released 8 years ago and fans of Pawan Kalyan took to Twitter to celebrate the news. Director of the film Harish Shankar, who became emotional, thanked the fans, but not the producer. So hurt with it, producer Bandla Ganesh said that Harish doesn’t have gratitude, and that he cannot do original scripts, but remakes only. To this Harish replied that he cannot believe comments made by producers who have no credibility. The banter between them became viral on social media.

Megastar Chiranjeevi, Nagarjuna, Dil Raju, Suresh Babu, Gemini Kiran, C Kalyan and few other biggies from Tollywood held meetings with KCR & Talasani Srinivas Yadav about films and shootings. Unfortunately, Balakrishna was not part of it and this did not go well with him. Hurt with the fact that he was not called, Balakrishna, in anger, has passed comments on the meeting. To this, Naga Babu responded and asked Balakrishna to keep his tongue in control. But many have supported Balakrishna and said that he should have been called. The traditional rivalry turned into cold and verbal war once again.

So this all started with Meera Chopra saying that she is a fan of Mahesh Babu and not Jr NTR. She choose her favourite when a fan of hers asked her on Twitter. Jr NTR fans felt offended and have started sending vulgar meggages to the actors, and have posted death and rape threats on her timeline.

The controversy became worse and viral as the actress received thousands of such treats. Meera filed a complaint and a case against JR NTR fans with the Cyber Crime police in Hyderabad and now, the case has been transferred to Mumbai