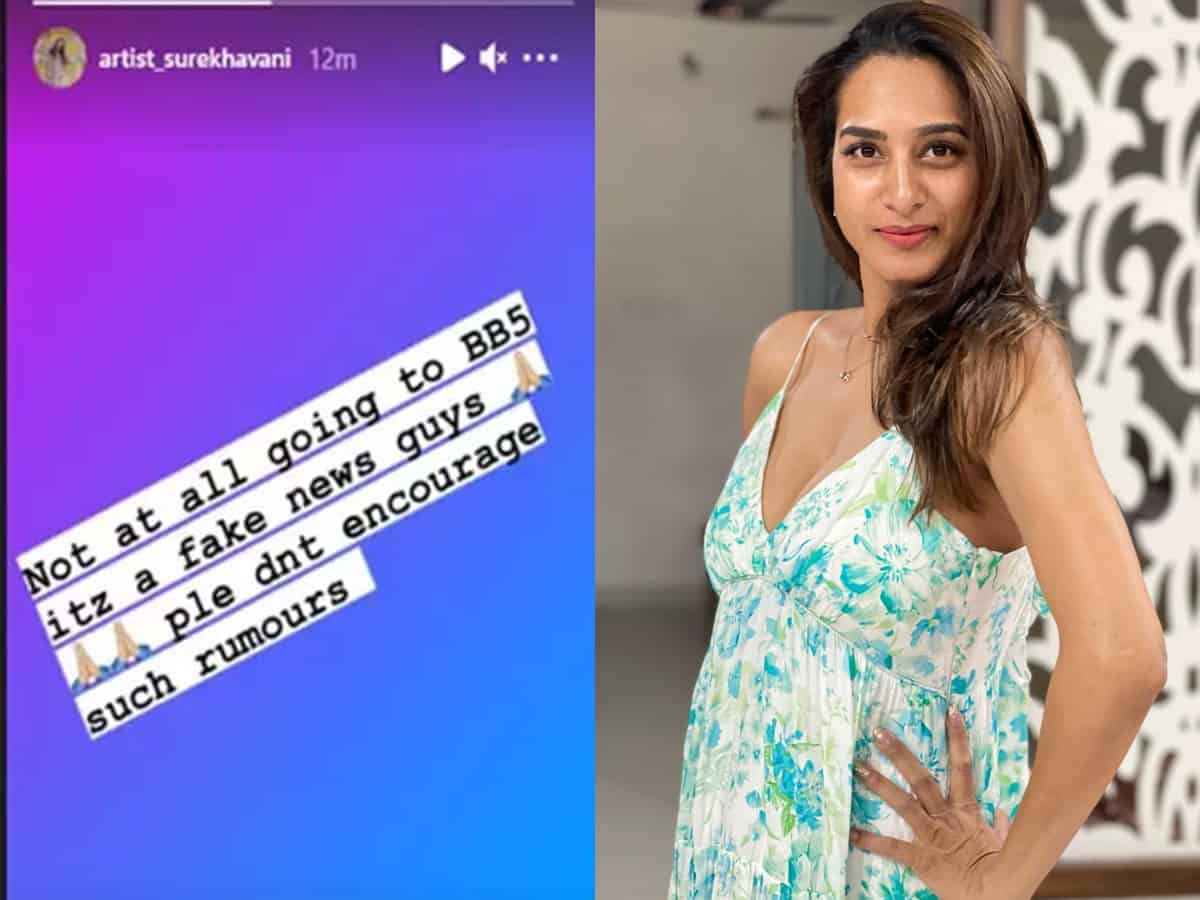 The season 5 of the reality show Bigg Boss is getting ready for streaming from next month. Names of the contestants are already making rounds in the news but the makers of the show are absolutely not bothering about them.

Anchor Ravi, YouTuber Shanmukh Jaswant and a few more notable names are said to be contestants yet an official clarification is required. But one name has garnered received a lot of attention and the person made a comment on social media and shockingly deleted it in few minutes.

Well it is actress Surekha Vani. Having started her career as a television host, Surekha turned into character artist and she featured in many super hit films. In the recent times Surekha has slowed down a bit but she is compensation it with her Instagram posts.

Along with her daughter, Surekha’s s Instagram gets flooded with likes, comments and views to the Reels. Naturally the makers of Bigg Boss show might have thought of roping her in. Whether she was approached or not is true, Surekha reacted on the reports. “Not at all going to BB5. Itz a fake news guys. Pls dnt encourage such rumours,” wrote Surekha in her Insta story.

However within minutes, Surekha deleted this story leaving her followers and fans in a big dilemma. At the first place why did she react to rumours and the second is why did she delete? Will she react to her own actions? Let’s wait.