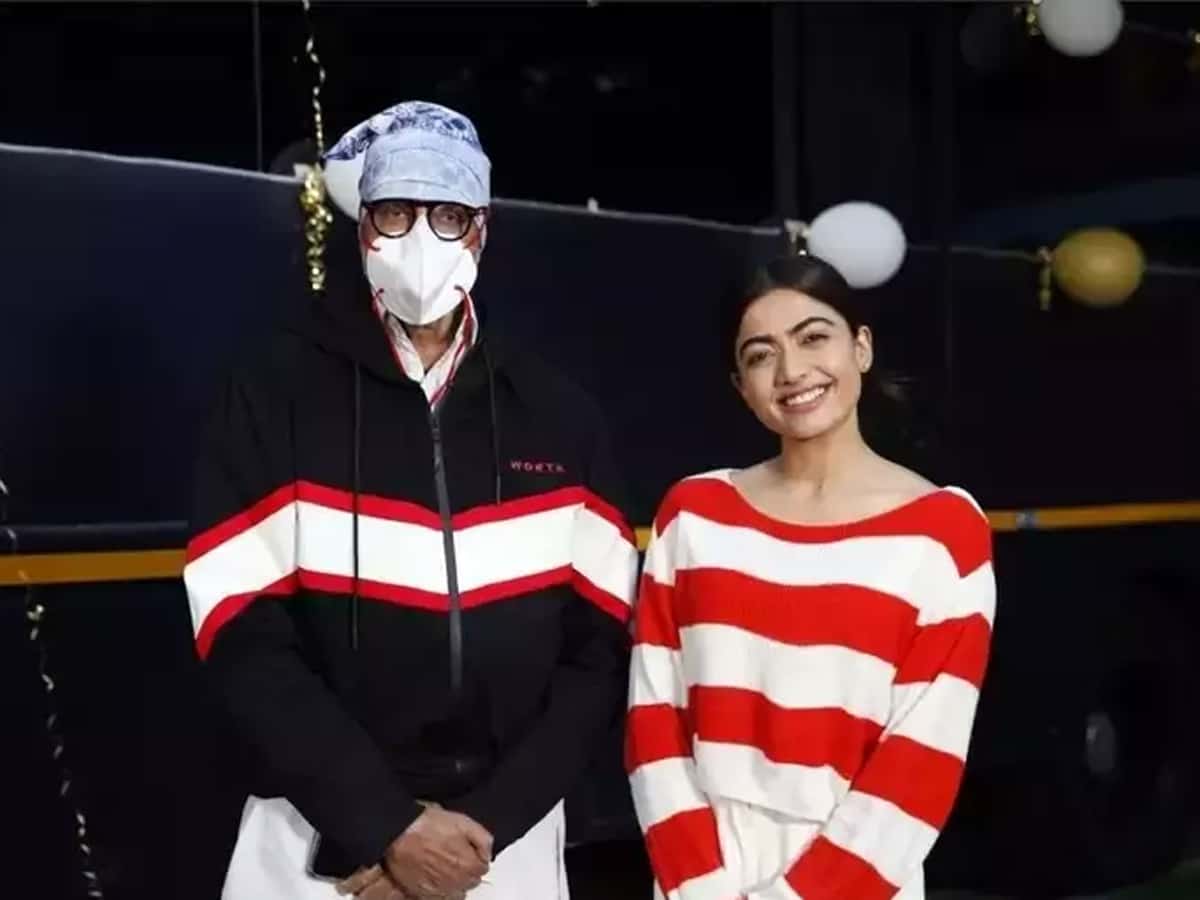 Rashmika Mandanna is currently one of the top actresses in the country. She is currently busy with the shooting of the pan-India film Pushpa. She is also acting in Sharwanand’s Aadavallu Meeku Johaarlu. On the flip side, she is all set to make her Bollywood debut soon and is currently acting in two films there, Goodbye and Mission Majnu.

While Mission Majnu features Siddharth Malhotra in the lead role, Rashmika is acting beside Amitabh Bachchan in Goodbye. It is a dream for any actor to work with a legend like Amitabh. The same is the case with Rashmika.

In an interview with the Film Companion, Rashmika stated that Mr. Bachchan is an extremely warm individual. “When I came to Goodbye, I was in the first day with Bachchan sir. He had a shot while my shot was done. I had to shoot with him the next day. But I told Vikas (director) that I would stay back just to say hi to him. Because tomorrow, if I have to come with a line and just start acting with him, I don’t think it’s going to be easy. So I stayed back that evening to introduce myself and say that I’m playing this character.”

“The next day, when I started shooting with sir, he was just so warm. He was perfectly playing the character, which made me feel like I wanted to perfectly fit in to the character as well. So it was like two characters acting together. It was just wonderful,” she further added.

Goodbye is being directed by Vikas Bahl of Queen and Super 30 fame.