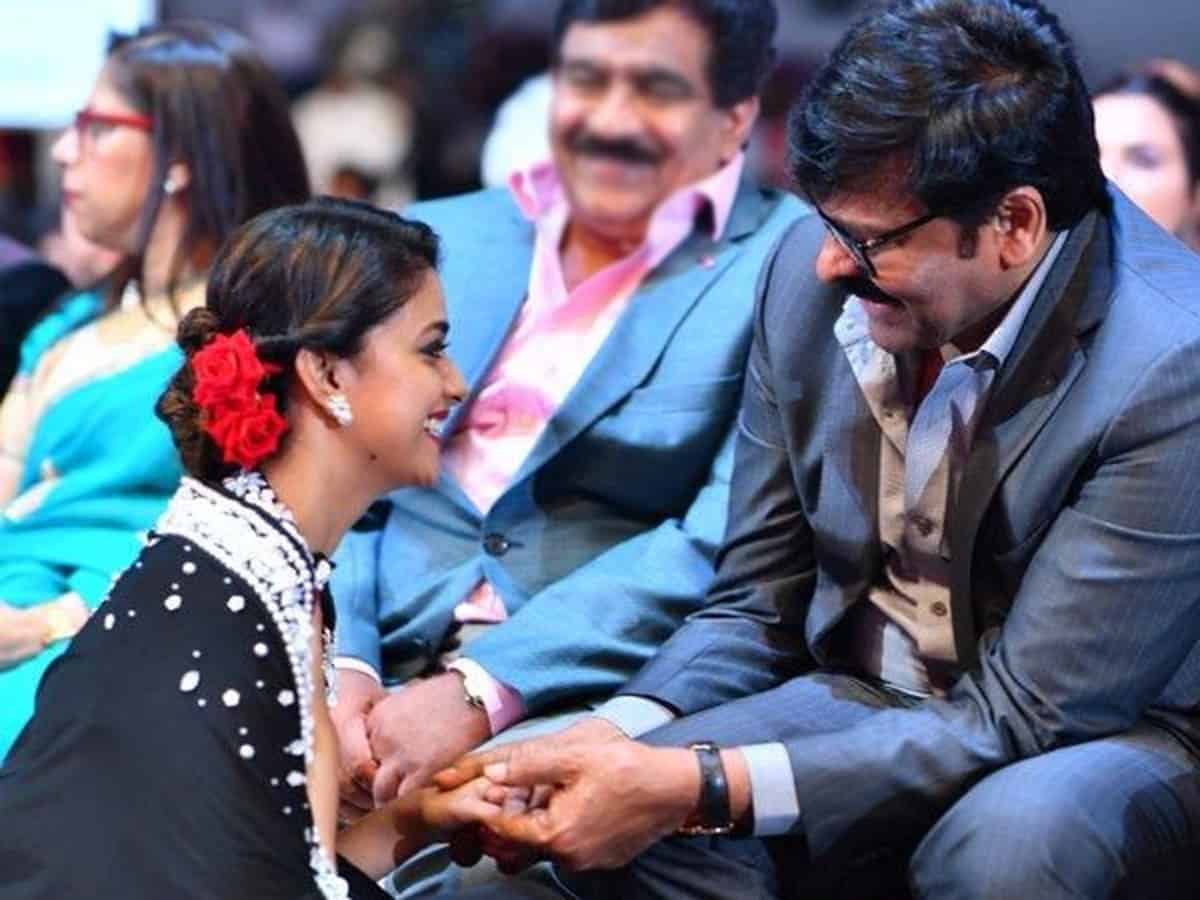 In spite of getting huge stardom across South India, Keerthy Suresh is not sticking to typical heroine roles and is trying to do offbeat and supporting characters as well. Currently, she is acting as Superstar Rajinikanth’s sister in Annaatthe.

If the ongoing grapevine is anything to go by, she will soon play the role of Megastar Chiranjeevi’s sister in his upcoming project. It is already known that Chiru is remaking the super hit Tamil film Vedhalam in Telugu. Meher Ramesh is directing the project.

While Chiru is reprising the role of Ajith from the original, it is heard that the makers are considering Keerthy for the role of Lakshmi Menon from the Tamil version. The protagonist’s sister role has a huge prominence in the film and thus, the team wants to cast a known actress for the character.

Apparently, the talks are going on with the Mahanati actress and an official announcement will be made once she signs the dotted lines. The regular shooting of this film will begin in the last quarter of this year.