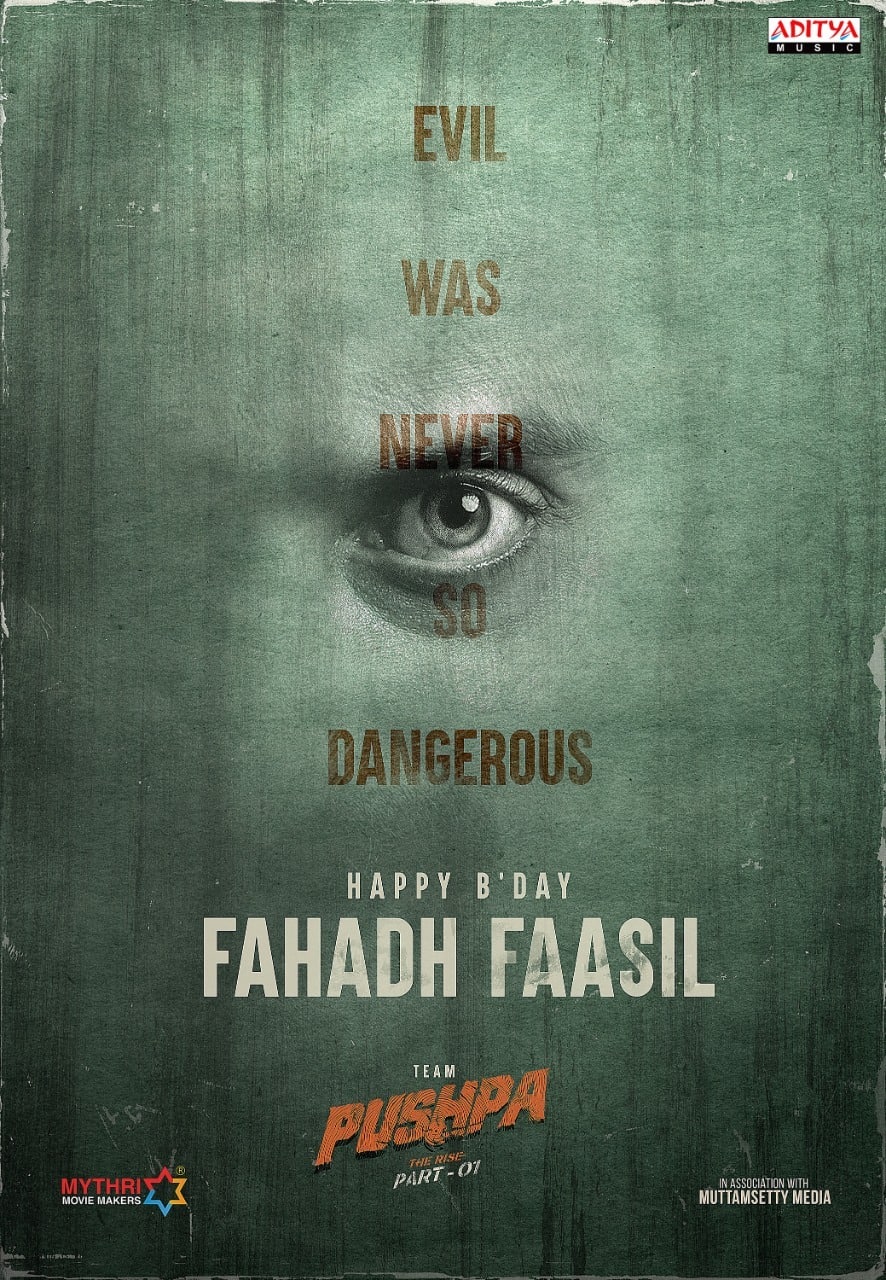 On Fahadh’s birthday today, Pushpa team has released a poster, which shows only an eye of the actor. It looked so sharp.