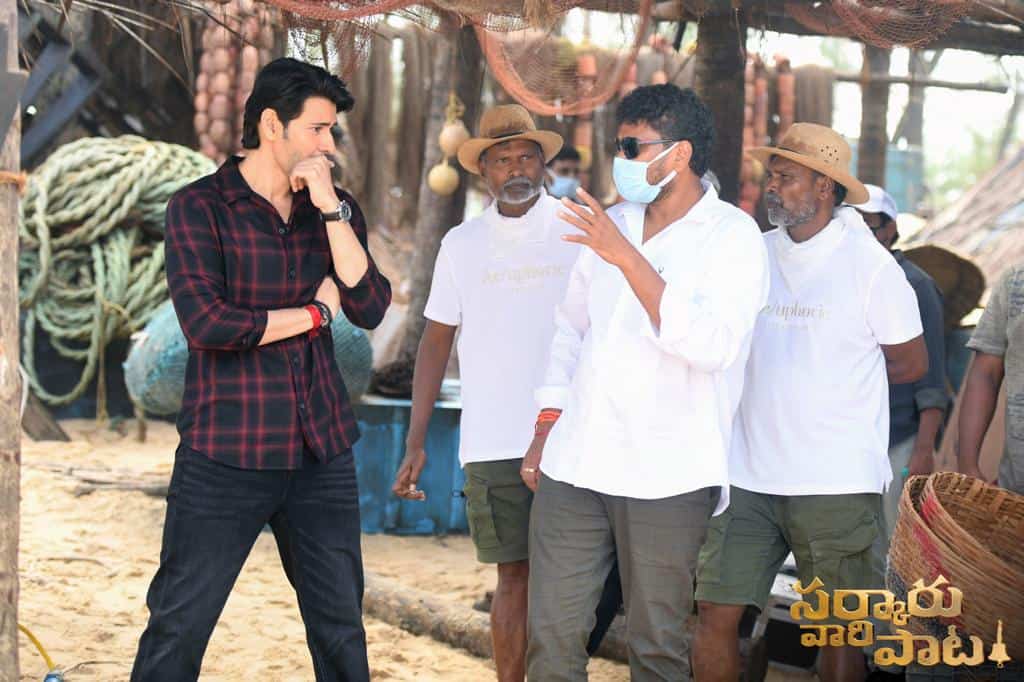 The recently released Blaster of superstar Mahesh Babu’s Sarkaru Vaaru Paata suggested that the film is a pucca commercial entertainer with elements for all sections. While the action episodes enthused fans, the hilarious sequences amused family audiences.

The new shooting schedule of Sarkaru Vaari Paata has commenced today in Goa. A huge fight sequence and also some important scenes will be shot in this schedule for which a big set was constructed. Ram-Lakshman masters are supervising the action block. The poster sees intense talk between the superstar, director and the fight masters.

Mahesh Babu, Keerthy Suresh and Parasuram are working together for the first time for SVP and the impact the Blaster created on the film is enormous. The makers are planning to wrap up the entire shoot by the end of the year and release the film for Sankranthi.