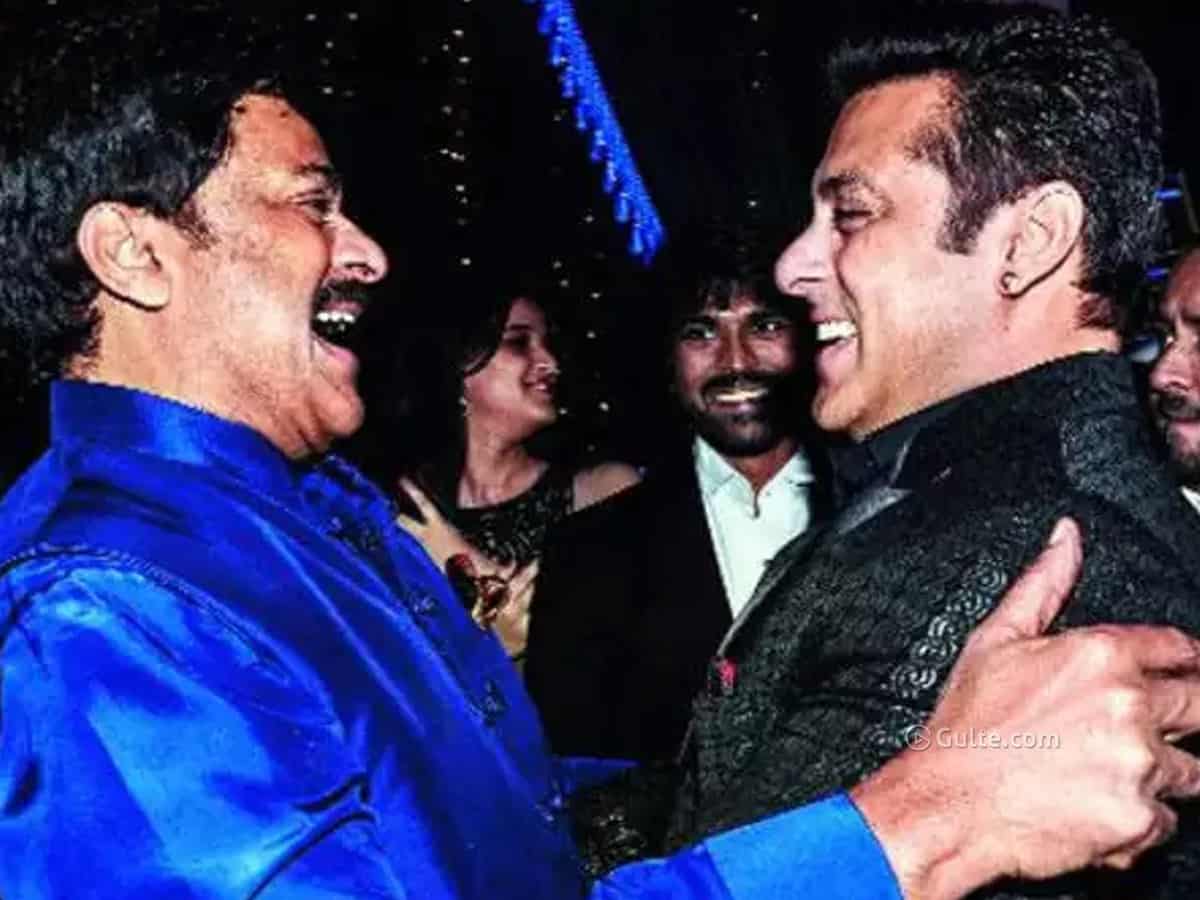 The much anticipated Megastar Chiranjeevi’s 153rd film had hit the sets on Friday. The shooting commenced with an action episode at Aluminium factory in Hyderabad. Silva is supervising the choreography of the action episodes while Nirav Shah is capturing the visuals.

It’s been just 24 hours, there is a rumour on the film already and this might excite the Mega fans. Bollywood Superstar Salman Khan might be doing a special role in the film. #Chiru153 is the remake of Malayalam movie ‘Lucifer’ and it had Prithviraj Sukumaran in a guest role. The makers of #Chiru153 are reportedly considering Salman for the role.

Initially the names of Ravi Teja and Varun Tej made rounds but they settled down as the makers did not bother about the rumours. Now that the shooting has commenced, the makers are working on this special role.

If Salman does it, the expectations on #Chiru153 will certainly go up. Chiru and Salman are good friends and with Ram Charan, Salman shares a special bond. So if Salman is approached, there are less chances of him saying ‘NO’ to Megastar.