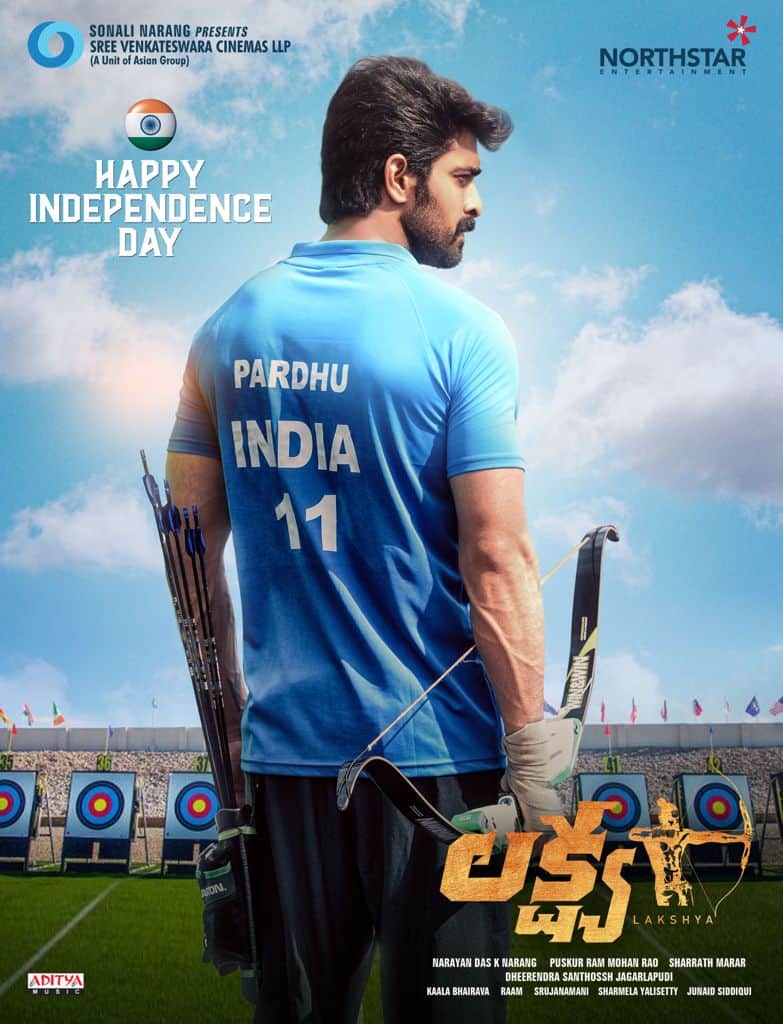 The team of Naga Shaurya’s next, Lakshya has released a new poster from their film today as Independence day special.

The actor who plays Pardhu in the film underwent a complete transformation and is seen in an absolute ripper of a look in the poster where he is seen wearing the India Blue Jersey standing in a stadium.

The well-chieseled hand only means how hard he has toiled in the gym for the film. Santhossh Jagarlapudi is directing the film which is being bankrolled by NarayanaDas K. Narang, Puskur Ram Mohan Rao, Sharrath Marar.