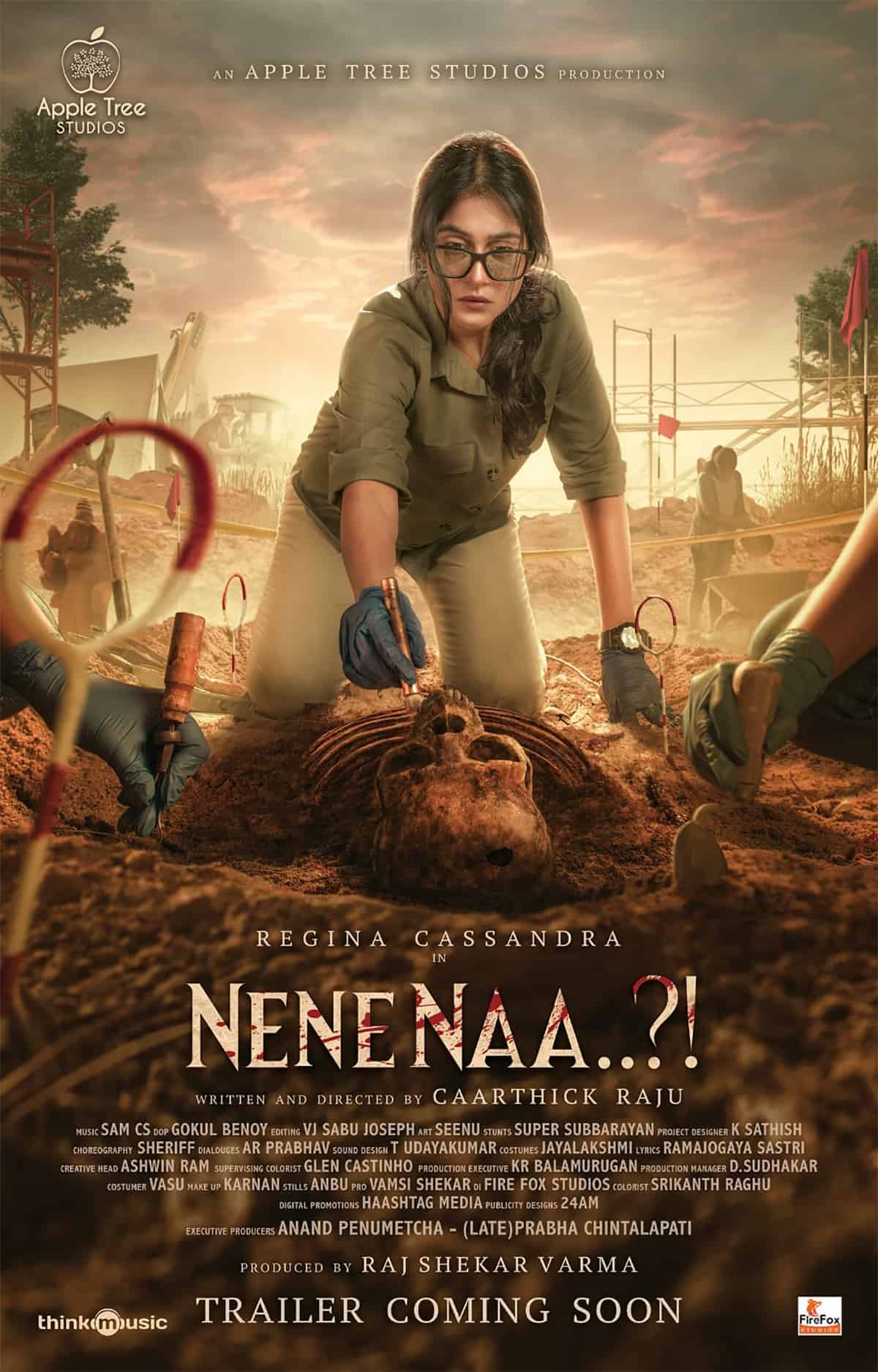 Director Caarthick Raju who made his debut with an intriguing project Ninu Veedani Needanu Nene comes up with his new film Nene Naa. Regina Cassandra plays the main lead in this female centric film getting ready for release.

The new poster released by the makers show Regina beginning her search to solve a mystery. With spectacles on, Regina looks courageous here, as she scrutinizes a skeleton. Along with Regina, we can also see some other forensic scientists in the poster.

Nene Naa is second film for Apple Tree Studios, after the sensational hit Zombie Reddy. The film is being made as Telugu-Tamil bilingual. Currently in last phase of post-production, the film’s trailer will be released soon.