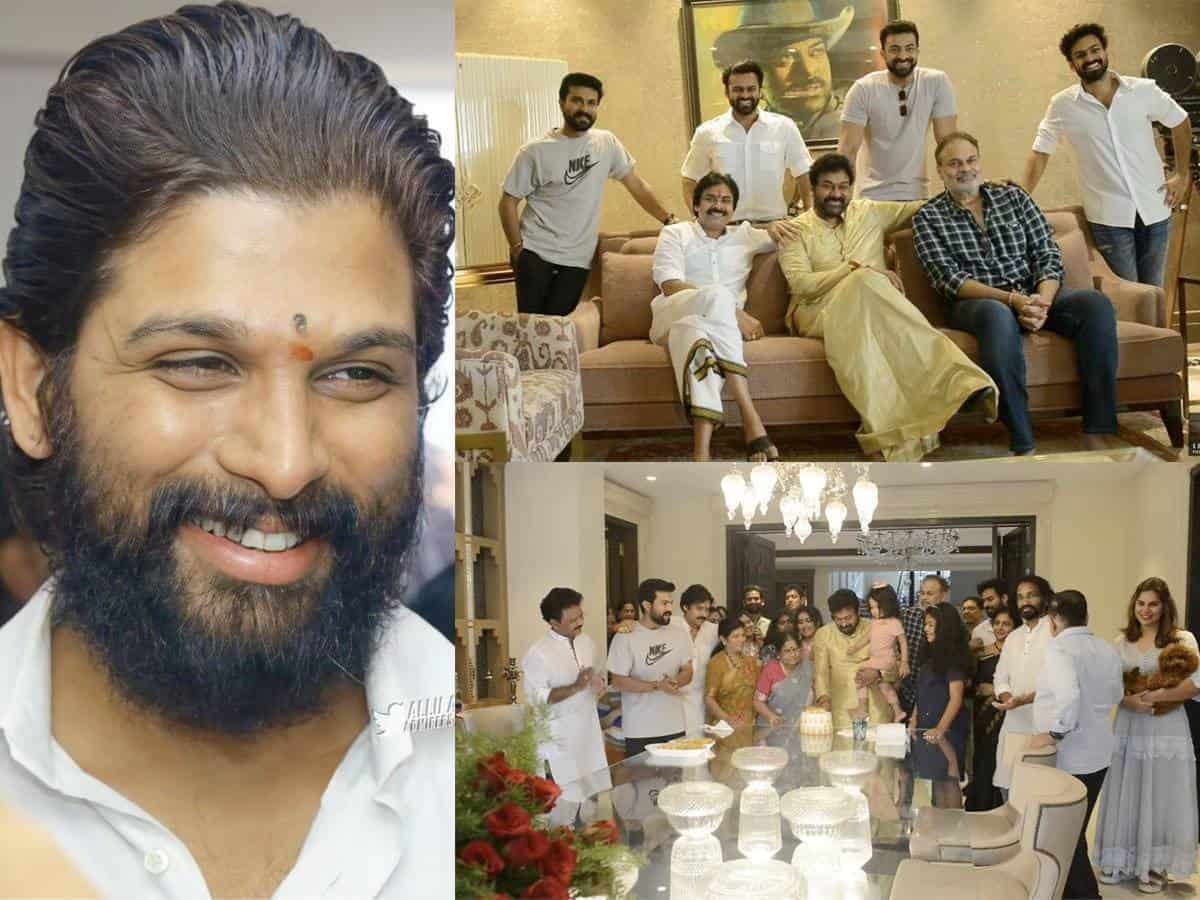 Mega Star Chiranjeevi’s 66th birthday stood out as one of the memorable events for Mega fans. Be it offline or online, Chiru’s birthday became a hot topic. Even the Twitter Spaces conducted on the eve of Chiru’s birthday turned out to be super success with the participation of several happening heroes and directors.

Mega heroes, directors and Chiru’s close aides have lined up to wish and greet Chiranjeevi on his birthday at his newly-constructed palatial house. From Allu Aravind to Pawan Kalyan to Naga Babu to son Ram Charan to Varun Tej to Sai Dharam Tej to Allu Sirish to Vaishnav Tej to Niharika Konidela and her husband Chay, who’s who of the mega clan showed up to wish Chiru personally on his big day. Even the whole glimpse from the event has been officially released which became a rage among mega fans.

What is so striking and conspicuous is Allu Arjun’s absence. Ram Gopal Varma’s tweets have further fuelled the whole issue and mega fans are caught off guard with Varma’s twitter attack. Allu Arjun has confined his wishes to a tweet and personal wishes over the phone. It is learnt that Allu Arjun has never made a tradition of visiting and wishing Chiranjeevi on his birthday. However, on several public occasions, Allu Arjun openly stated his unconditional love for Chiru and Charan. He stated that he would remain a Mega Star fan till his death. He also said that he loves Charan so much as he is the son of Mega Star.

Meanwhile, Allu Arjun is busy shooting for Pushpa with Sukumar. The film’s shoot is currently progressing in Hyderabad. As the makers have decided to release the film in two parts and announced that the release date of Pushpa: The Rise (Part 1) for Christmas 2021 and also needs to shoot some portions in Pushpa Part 2, we heard that Bunny is on tight schedule. Also, it is said that Allu Arjun usually doesn’t visit Chiru’s home on his birthday especially in the mornings with large crowds and mad rush every year. However, when all other mega heroes have attended including Pawan Kalyan, naturally, Bunny’s absence does raise the eyeballs and create unwanted controversy for sure.