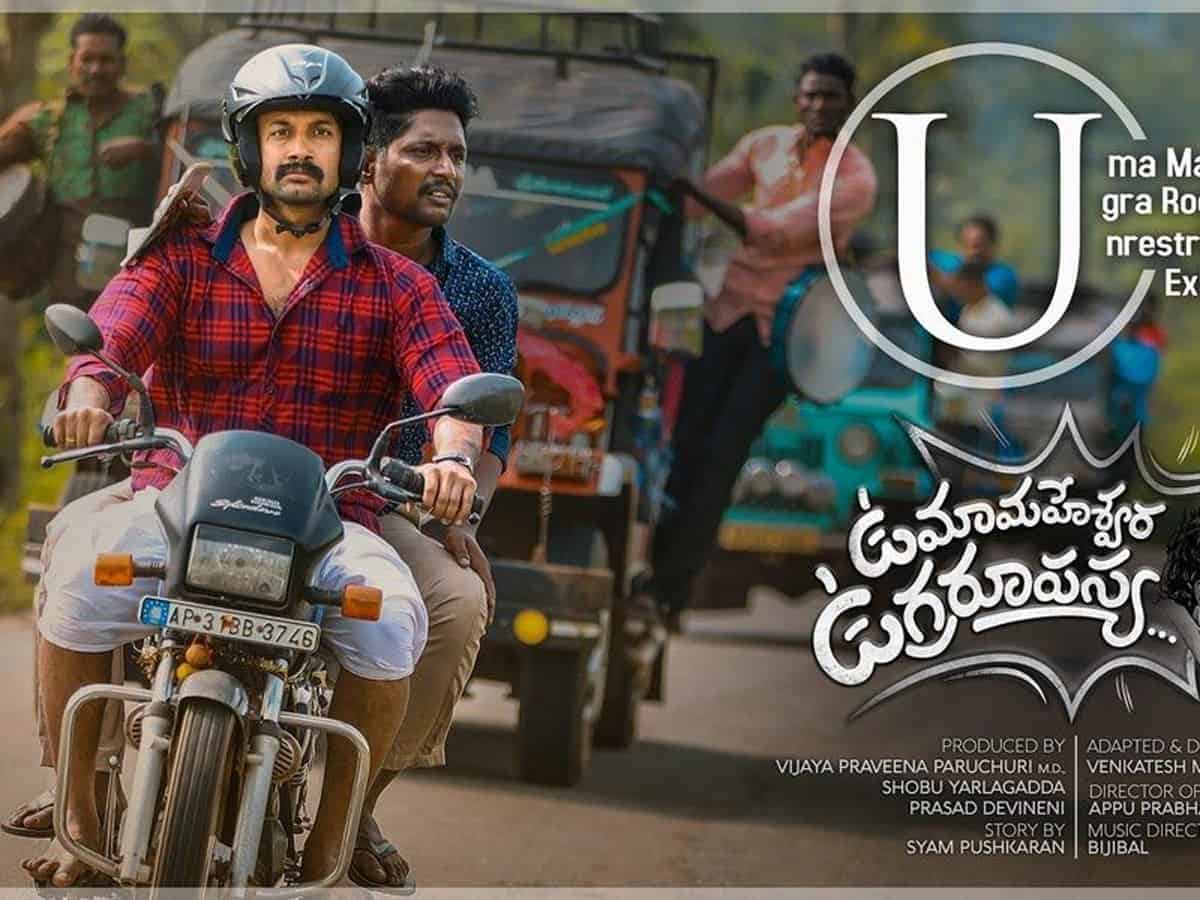 Well, finally, one Telugu film is going to release on OTT sans theatrical release. Satyadev starrer Uma Maheshwara Ugra Roopasya which is directed by C/o Kancherapalem director Venkatesh Maha, is going to release on Netflix very soon. The makers have not made any official statement till now, but will make one soon.

This film is a Telugu remake of Malayalam blockbuster film Maheshinte Prathikaram, and has Fahadh Fasil in the lead role. The film has been in news since sometime, and if everything went as per the plans, the film would have released in the theatres on April 17. But unfortunately, it is not going to make it to the big screens this time.

The film has got a U certificate and is produced by Baahubali makers – Shobu Yarlagadda and Prasad Devineni of Arka Mediaworks jointly with Praveena Paruchuri.

Netflix has bagged the rights of the film and soon, the streaming date will be announced. If expected, this film is going to be the first film to release on OTT. There were rumours that Nishabdam would be the one to release first. But Uma Maheshwara Ugra Roopasya will release first.

The makers believe will make for an entertaining collective viewing experience. In the COVID-19 scenario, a streaming platform is the next best option.