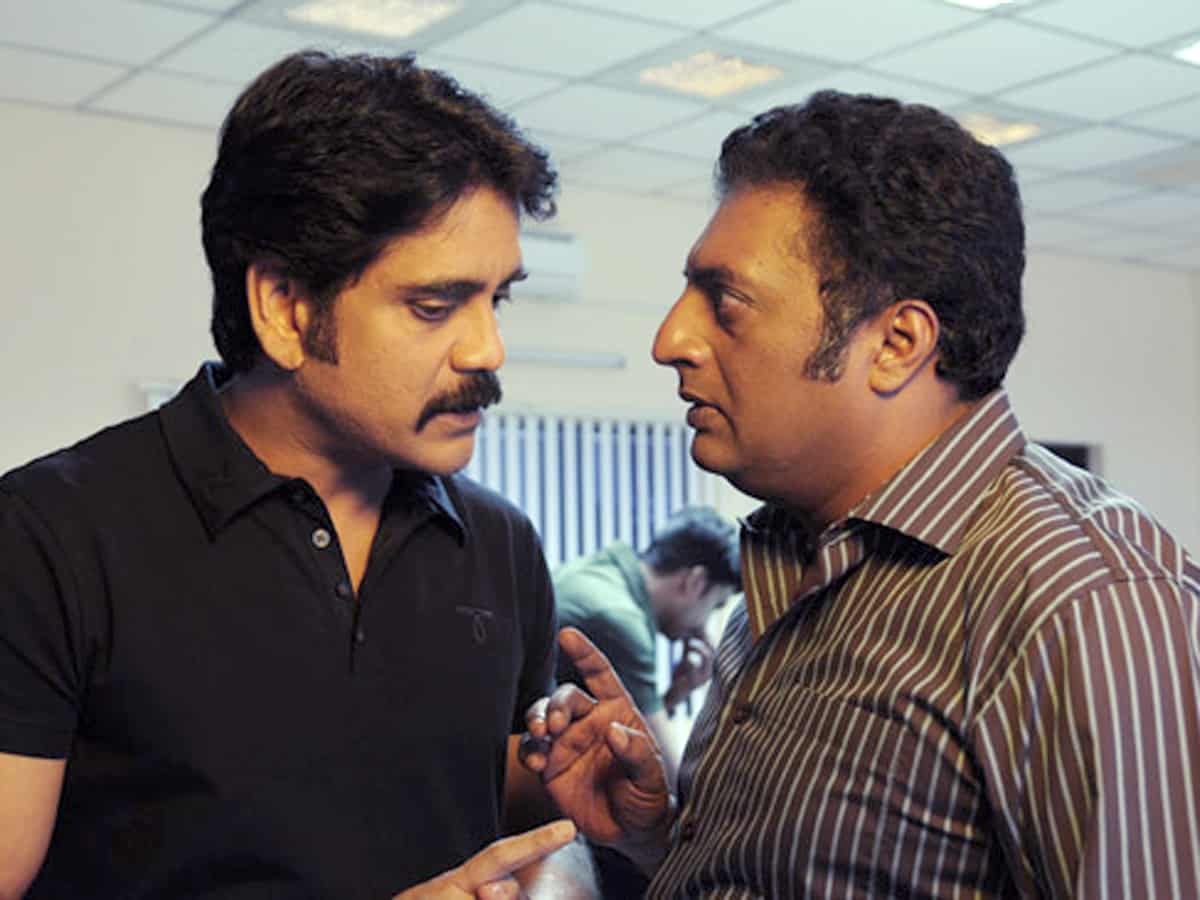 Tomorrow Tollywood’s senior hero Nagarjuna Akkineni is going to celebrate his 62nd birthday and it looks like versatile artist Prakash Raj, who is in the MAA President race, is thinking to cash on this. No wonder these gimmicks don’t work, but the planning of Prakash and his team has surprised and sounded very cheap as well.

Apparently, the likes of Manchu Vishnu have openly released videos on YouTube, asking other actors to support him in the Presidential election that is due on October 10th. Actor Sameer, who is taking care of Prakash Raj’s publicity campaign, is said to have invited many popular actors who happen to be contestants of #BiggBoss reality show’s previous seasons. He’s said to have invited them saying that they are going to celebrate King Nagarjuna’s birthday at Prakash Raj’s office. With Nag being the host of Bigg Boss, surely those actors will get tempted to come.

For the now, biggies like Chiranjeevi, Nagarjuna, Venkatesh and Balayya have stayed calm and haven’t supported anyone openly while some people from their families took sides with the contestants. And with Manchu Vishnu naturally getting an advantage due to being a local Telugu guy and also as someone who has experience in handling Movie Artists Association, it looks like Prakash Raj is taking the route of seasoned politicians to attract voters.

On the other hand, will Nagarjuna tolerate this thing from Prakash Raj’s team as the star hero always prefers to stay away from controversies.