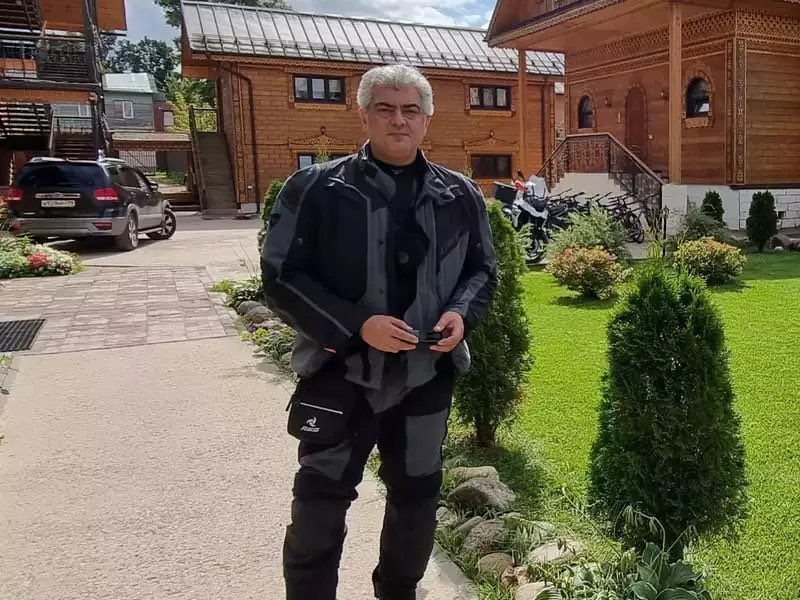 Thala Ajith, who is all set to treat his fans with his next film Valimai, flew to Russia last week for the last schedule. The actor took short breaks in between shoots to explore the beautiful city. One such picture from his recreational state is going viral on social media.

Ajith looks super handsome and cool in the picture, clad in all-black. Netizens are going gaga over his look. The news of the last schedule of Valimai wrapping up is exciting fans and in addition, Ajith’s latest picture has only been an added enthrallment.

So far, it is expected for the makers to announce the release date and second single update. Valimai is touted to be a masala entertainer with some high-octane stunts. Directed by H. Vinoth, the film is being produced by Boney Kapoor. Huma Qureshi is the leading lady and Kartikeya Gummakonda will play the role of antagonist.