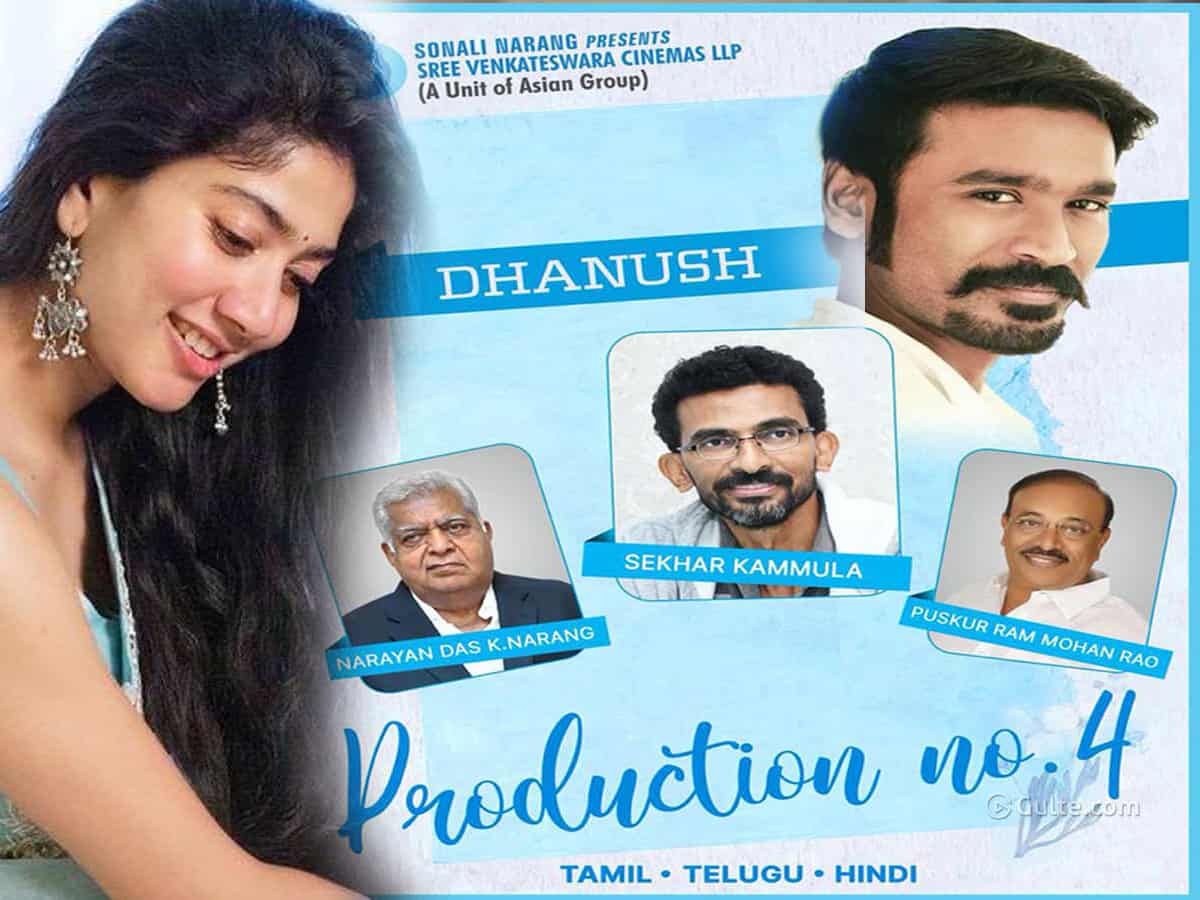 The combination of Sekhar Kammula with Dhanush has shocked many in industry circles. Given that the kinda cinema Sekhar Kammula makes and the Dhanush-type movies are matchless, this out of the box combination has become a talking point.

However, we hear that a star heroine has helped Sekhar Kammula in getting Dhanush’s dates and making the film materialise. The heroine in question is none other than talented beauty Sai Pallavi.

Sekhar Kammula is known for showcasing his heroines beautifully. Especially, he has turned Sai Pallavi’s career with Fidaa and gave her much-needed elevation. This did wonders for Sai Pallavi and she moved into the big league in the South. Sai Pallavi hasn’t forgotten the director. Keeping the gratitude, Sai Pallavi did return the favour to Sekhar Kammula by getting Danush’s dates.

Ever since Sai Pallavi shared screen space with Dhanush in Maari 2 and Rowdy Baby song became sensational, she has good rapport with Dhanush who has now attained Pan India image.