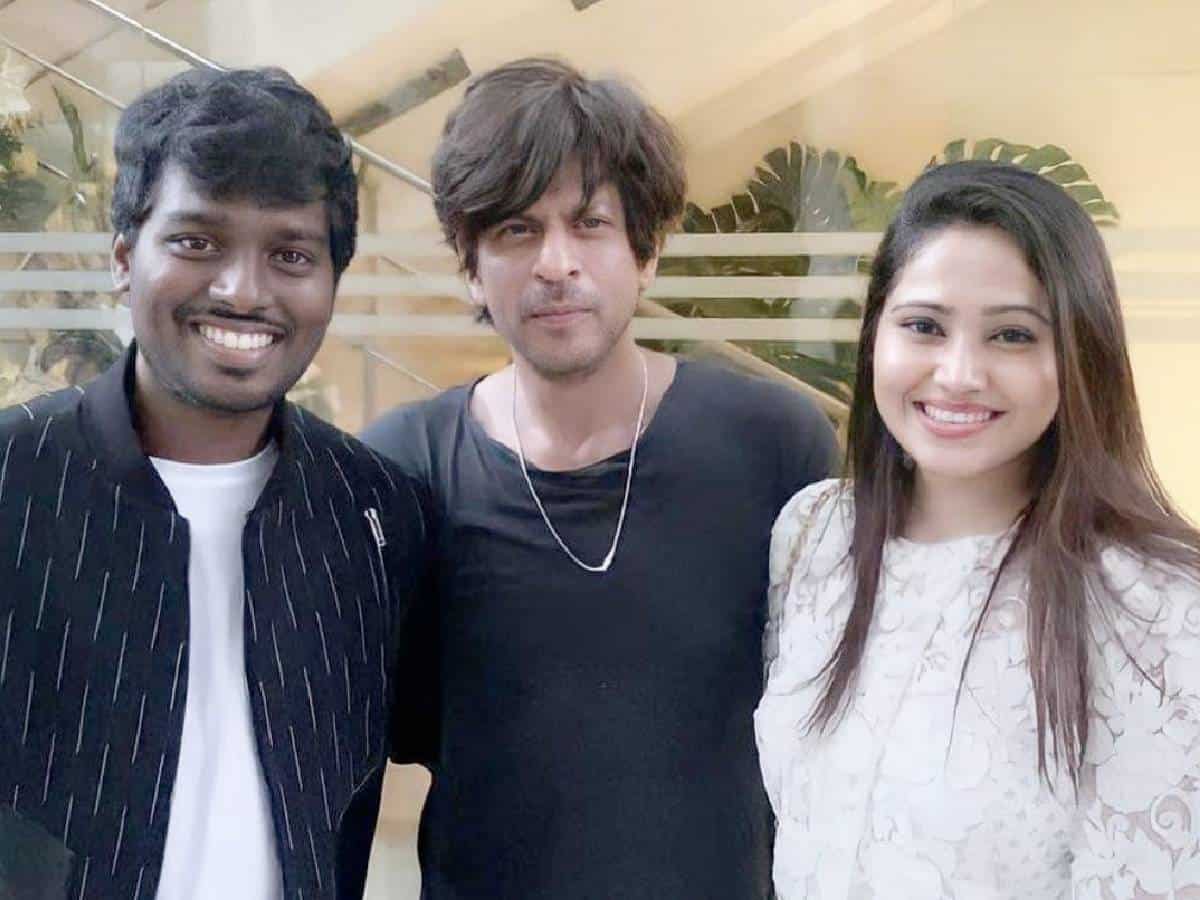 While SRK started working on the film last week, Nayanthara has joined in a couple of days ago. Rana Dagubatti will play the antagonist in the film and he will join the cast later. Today, a picture of SRK with Atlee and his wife Krishna Priya is going viral. The photo made fans go gaga over SRK’s look as he looked dashing with a stylish haircut. The trio is seen sporting happy smiles at the camera.

Atlee and SRK’s combo has now become the talk of the town and fans cannot wait for further updates on the film. Moreover, the film is not only the first collaboration of SRK and the director but also Nayanthara’s first Hindi project. SRK will play a double role, that of a father and a son. The film also stars Sanya Malhotra and Sunil Grover in vital roles.