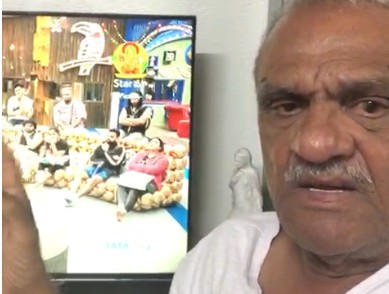 The season five of popular reality show Bigg Boss was grandly launched last week and steadily the show is getting a lot of attention/viewership despite unfamiliar faces as contestants. However, CPI leader Narayana made shocking comments on the show by calling ‘Bigg Boss’ is nothing but a ‘Boothu’ show.

“I seriously have no idea why the union and state governments encourage such shows. The courts too are unable to take action on these shows in spite of lodging petitions after petitions against airing such explicit shows while it is the same with the police department. It’s not appropriate on part of the government to permit such ill-mannered programs,” said Narayana.

Concluding, the CPI leader said, Bigg Boss is an insult to our culture and society and appealed to the state government to oppose such shows hereafter and in future.

Well the Left party leader’s opinion sounds like that one of the BJP’s views which is more worried about our Indian society. What prompted Narayana to comment on Bigg Boss now?