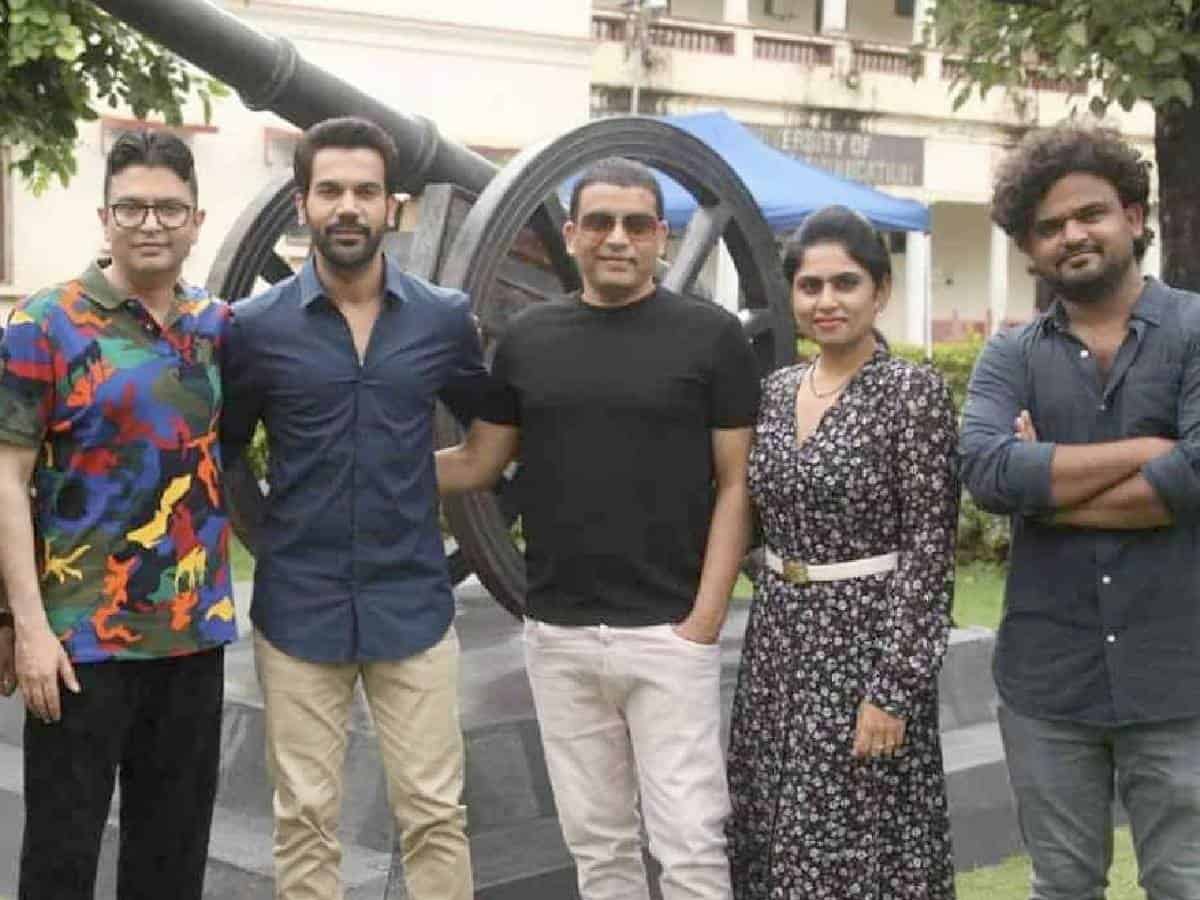 As we know Vishwaksen’s HIT is being remade in Hindi and things are going at a fast pace in the north. Actor Rajkummar Rao and Sanya Malhotra will be starring in the Hindi version of the thriller. The original was written and directed by Sailesh Kolanu and he will be returning to helm the Hindi remake as well.

The official T-series social media page announced that the film shoot has commenced. The picture showsRajkummar posing with Dil Raju, his wife and Bhushan Kumar among others. The actor will be seen in place of Vishwaksen, as an officer of the ‘Homicide Intervention Team’ (HIT).

“The much anticipated Hindi remake, Hit – The First Case begins with a mahurat pooja ceremony,” read the caption. Even the lead actress Sanya Malhotra reposted it on her Instagram Story and wrote, “Can’t wait to join you guys.”