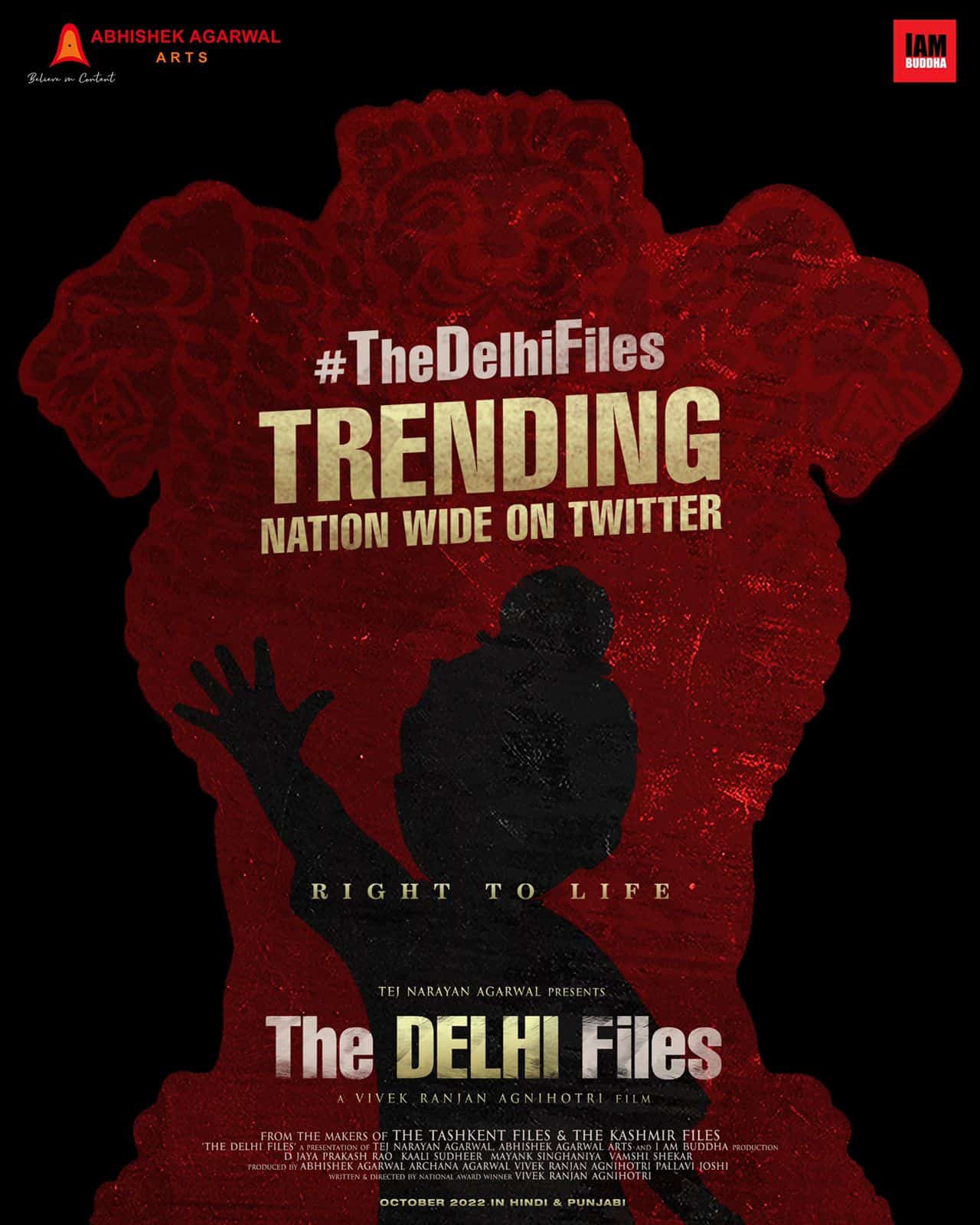 The makers have announced the news officially through a title poster and a motion poster. The title poster shows a boy on the Ste Emblem Of India logo seeking for help, as he raises his hand. The Sikh boy can be seen weeping in the motion poster. Obviously, the film titled The Delhi Files is going to be another controversial film.

This will make for a riveting trilogy, as The Kashmir Files from the team is done with its shooting and is gearing up for release. It seems, Abhishek Agarwal Arts has big plans in Bollywood and they indeed are making right choices.