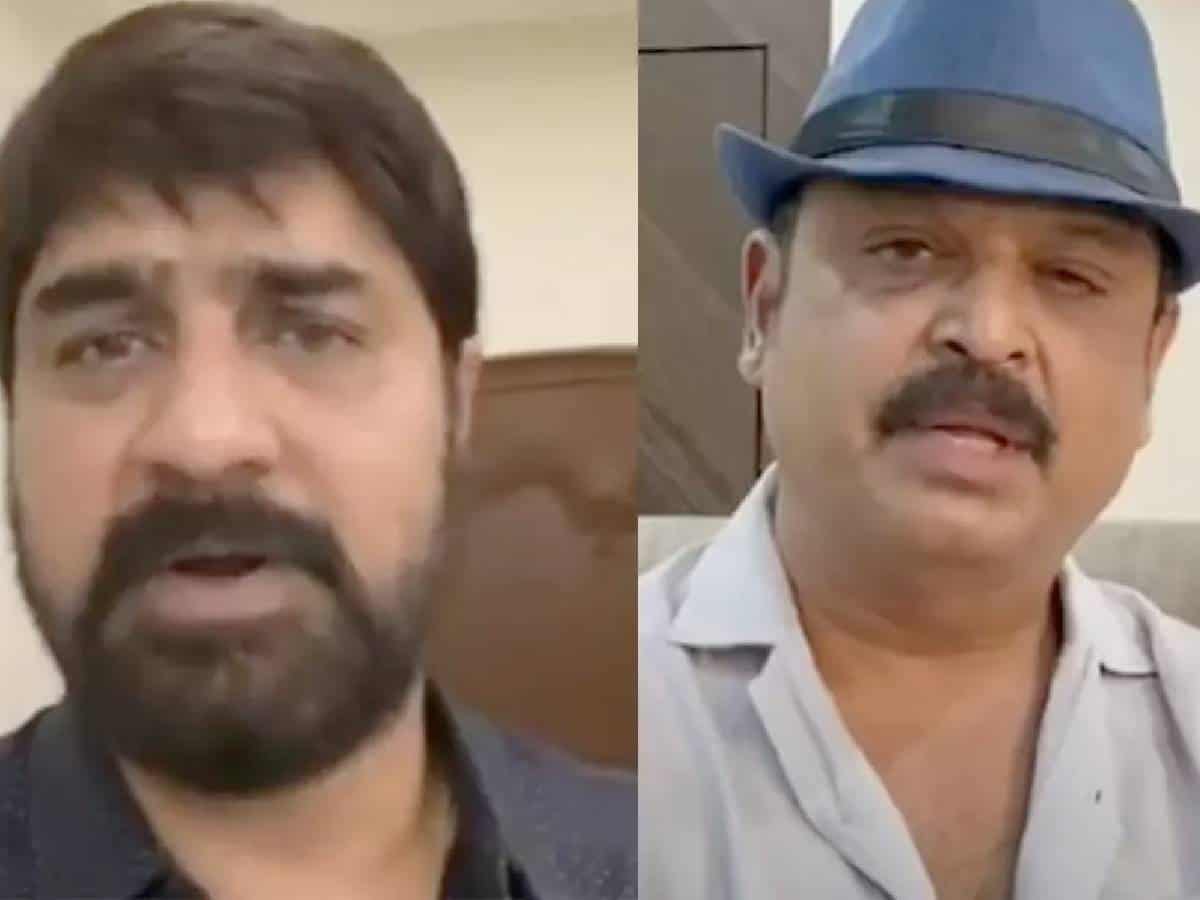 Over the road mishap involving hero Sai Dharam Tej, actor Naresh’s comments have raked up a row. Next day after the incident Naresh called on the press and said Sai Tej visited his home (On the incident night) and minutes later he met with an accident. Naresh added that youngsters should be given counselling on bike riding and over-speeding.

Actor Srikanth reacted to Naresh’s comments and opined that such remarks are completely unnecessary at this moment of time. Srikanth said, Sai Tej is one of the responsible people and such comments would hurt his family and it is better to avoid making debatable statements.

Countering Srikanth’s video, Naresh released another video and kind of found offence in the former’s comments. “Srikanth… I have seen your video and what’s wrong with you. Yes, Sai Dharam Tej’s bike incident was an accident and he wasn’t over-speeding. My comments were interpreted by the media and TFI biggies called me. I did give my explanation and the matter was settled.”

“Not me, you (Srikanth) should be more careful while giving video bytes because here emotions are more important. I did comment on such things which happen in general in the industry. We should not give bikes to kids like chocolates and moreover young heroes are not kids. I was hurt by your video and I request you to not put such video bytes hereafter,” said Naresh.

Further Naresh said, “I never give video bytes to make issues political or controversial because I was born and brought up in the industry. I have seen you (Srikanth) grow in the industry and made some good films. In MAA Elections, you contested against my panel and unfortunately you lost.”

That was quite harsh from Naresh and this counter may not invite another reply from Srikanth. Put a dot and end it!