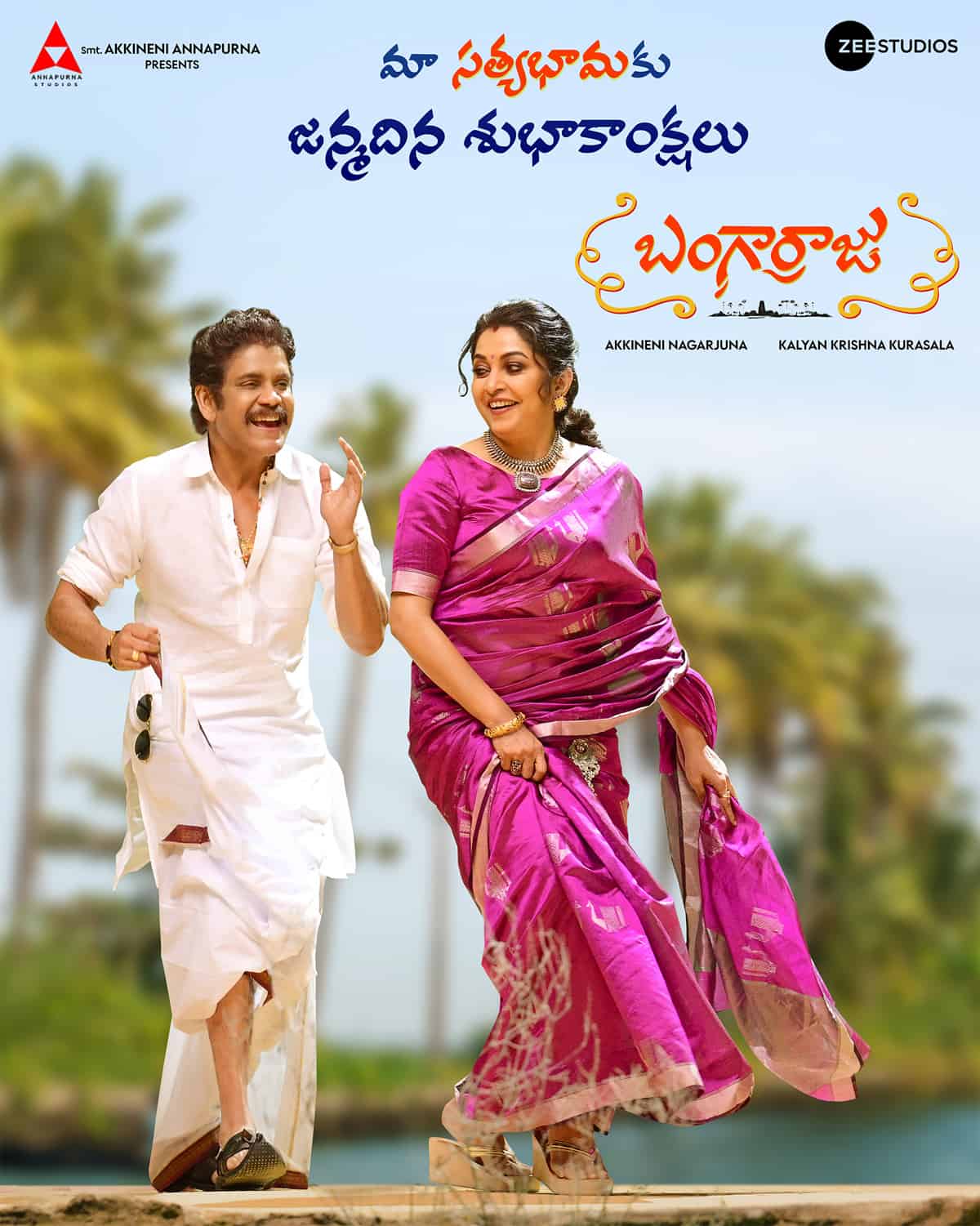 Akkineni fans are eagerly waiting for King Nagarjuna’s Bangaraju which marks another combination of the Star with his son, Yuva Samrat Naga Chaitanya. The second part of the most successful Soggade Chinni Nayana began recently and the shooting is going on at Ramoji Film City.

Today on the occasion of Ramya Krishna’s Birthday, the team dropped a surprise poster of the actress and Nagarjuna. The very first impression of the poster is that both of their glamour is timeless.

They are like how they are in the 90s and in Soggade Chinni Nayana a few years ago. The chemistry looks stunning. The poster already indicates a hit is brewing. Along with Nagarjuna, Naga Chaitanya also joins the party this time.

To see the father and son together, Akkineni fans are very excited and eager. Kalyan Krishna has come up with an exciting script for this most-awaited project. Annapurna Studios and Zee Studios are jointly producing the film.