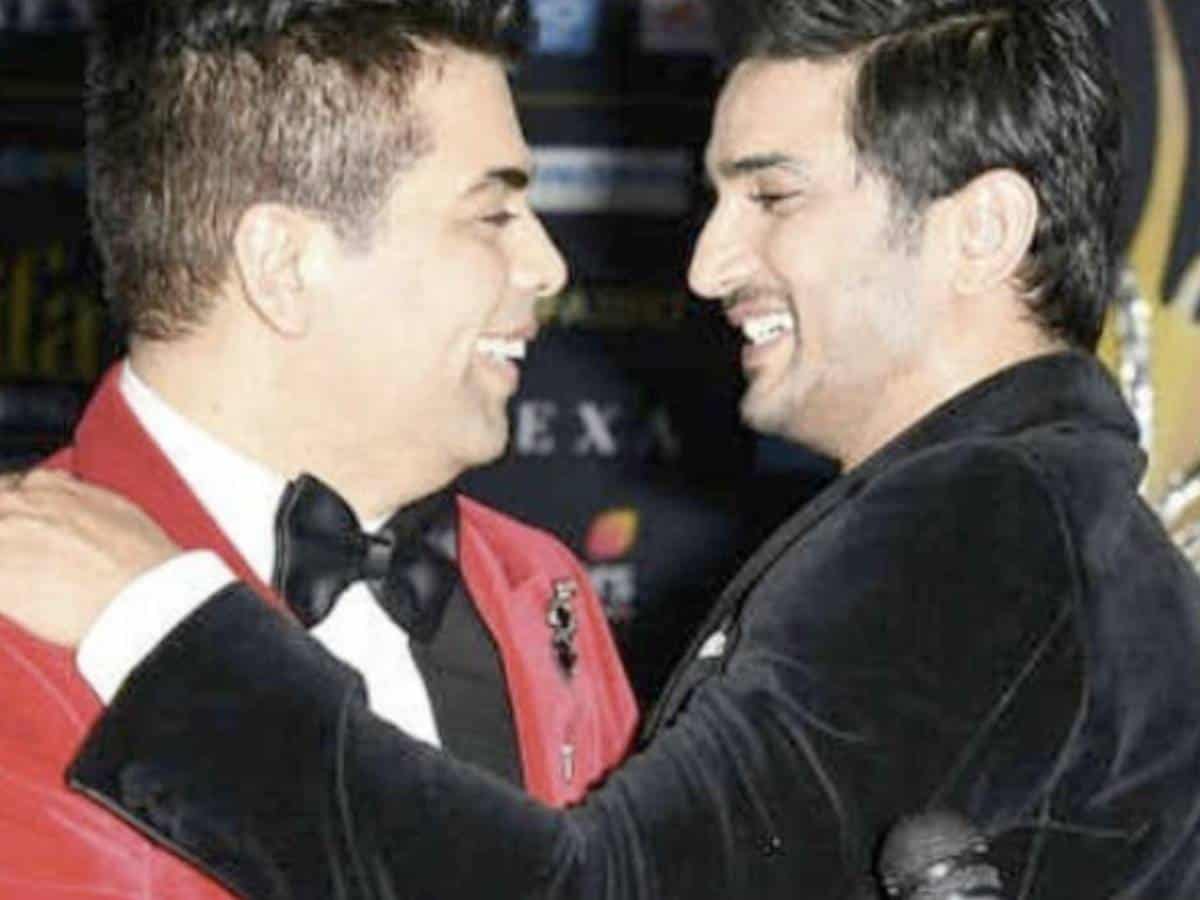 Reacting to Sushant Singh Rajput’s sudden demise on Sunday, filmmaker Karan Johar took the blame upon himself for not keeping in touch with the late actor over the past year.

Sharing a lovely throwback picture with Sushant, the director wrote on Instagram: “I blame myself for not being in touch with you for the past year…I have felt at times like you may have needed people to share your life with…but somehow I never followed up on that feeling.”

Johar further called Sushant’s demise as a huge “Wake up call” and assured to himself that he would never make that “mistake” again.

“Will never make that mistake again…we live in very energetic and noisy but still very isolated times …some of us succumb to these silences and go within…we need to not just make relationships but also constantly nurture them….,” the ‘Kuch Kuch Hota Hai’ director wrote.

He added: “to my level of compassion and to my ability to foster and protect my equations…..I hope this resonates with all of you as well….will miss your infectious smile and your bear hug ….”

While television producer, Ekta Kapoor, who gave Sushant his first break in TV soap ‘Pavitra Rishta’ shared a screenshot of a comment made by Sushant, just a week earlier in her post wherein he had written: “And I am forever grateful to you ma’am” followed by two heart emoticons.

Referring to the comments, Kapoor on Sunday wrote on Twitter:” Not fair Sushi! One week everything changed! Not fair my baby!”
Abhishek Kapoor, who directed Sushant in his debut movie ‘Kai Po Che’ and one of his latest ‘Kedarnath’, took to Twitter to express his grief over the news.

In a written statement, the director wrote: “I am shocked and deeply saddened by the loss of my friend. We made two very special films together. He was a generous and fabulous actor who worked very hard to breathe life into his characters.”

The director dubbed the late actor as a “huge science buff” and said the actor was consumed by what lay beyond the universe.
Sushant Singh Rajput committed suicide by hanging himself on Sunday, Additional Commissioner of Police Manoj Sharma confirmed.

However, no suicide note has been recovered from Rajput’s residence, as per the police and further investigation is underway.
The body of the actor has brought to Dr RN Cooper Municipal General Hospital from his residence in Bandra.