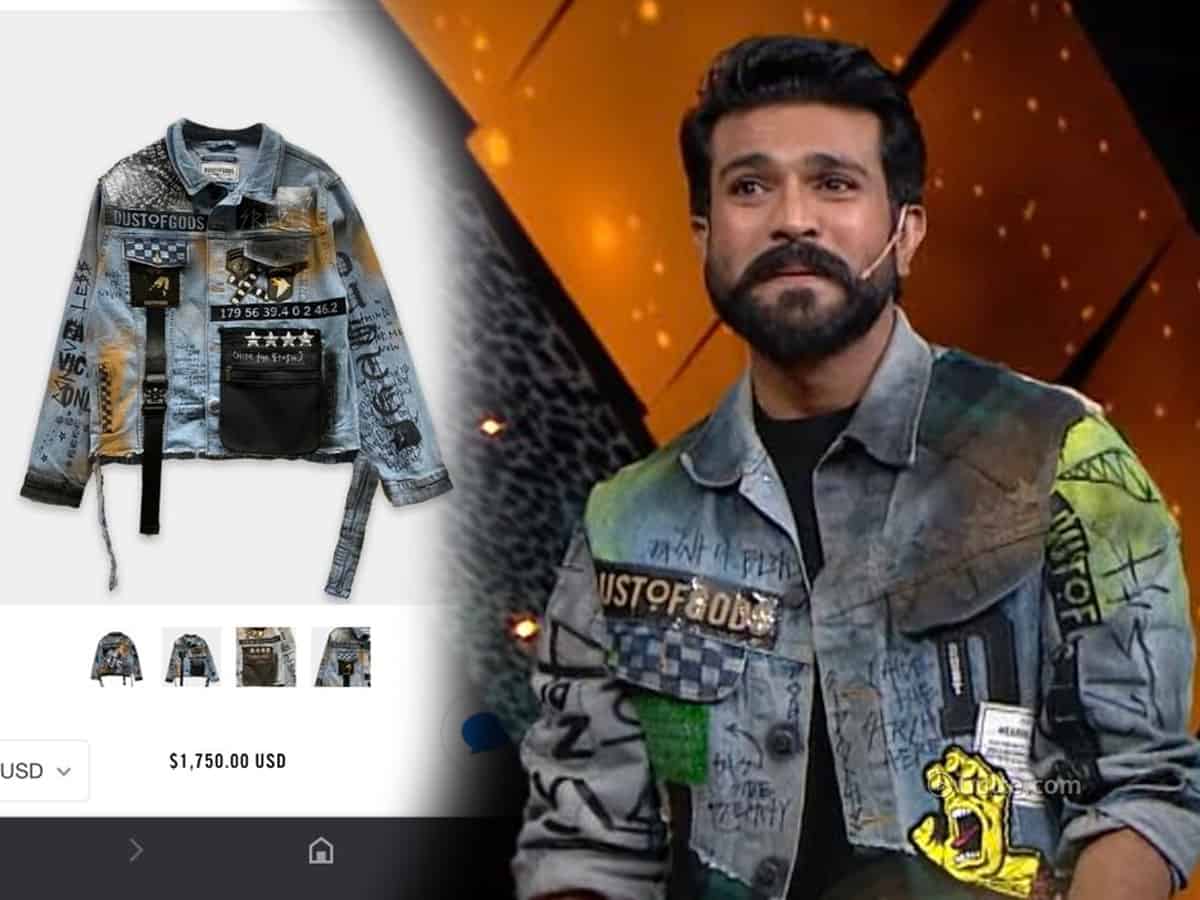 Meanwhile, Charan grabbed the attention with his funky attire. He wore a denim jacket over a black t-shirt and denim jeans, for this episode.

The Joker Denim Jacket made by the fashion brand Dust of Gods, costs around Rs. 1.3 lakhs.

Generally, we see Charan gracing the public events in sophisticated attire. But he proved last night that he can pull off trendy fashionable attire very well too.

Charan also had a brief chat with all the contestants of the show and made their day more special. Along with Ram Charan, Nithiin, Tamannaah and Nabha Natesh have also graced the episode as special guests.