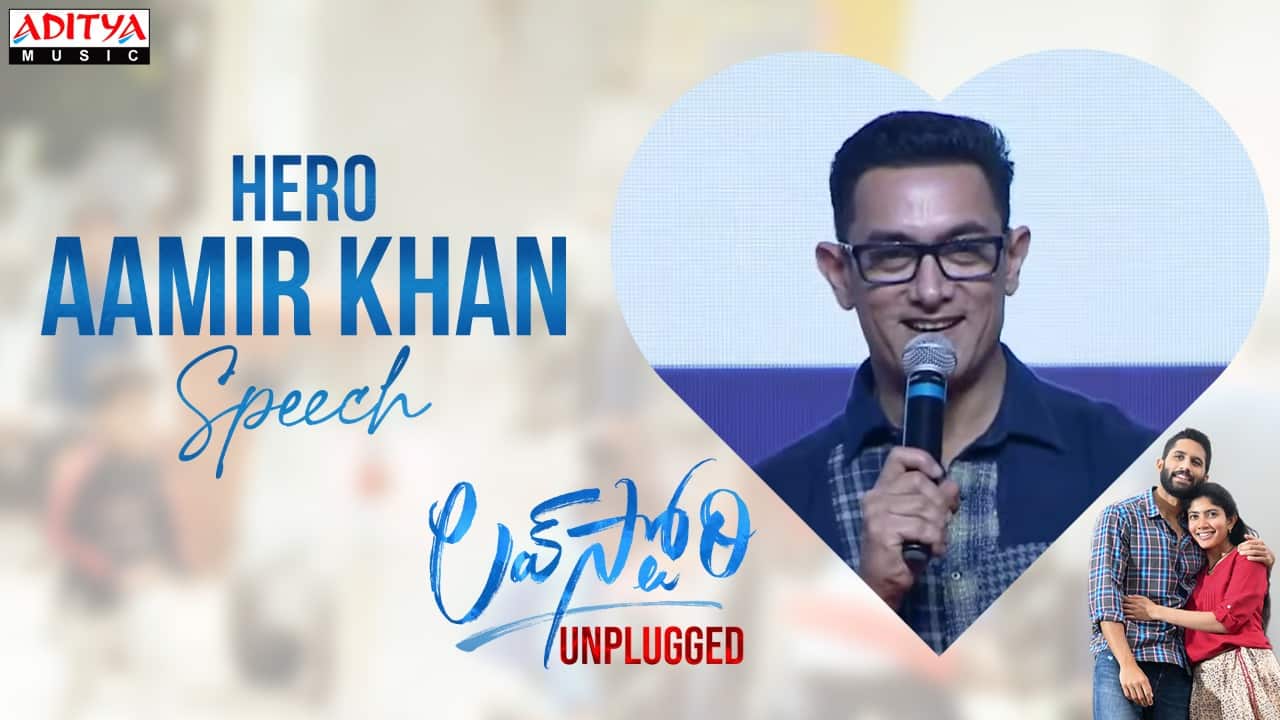 “Four days back, I watched the trailer of Love Story. As soon as I watched it, I fell in love with it. I came to know that the team is planning an event today. I immediately asked Chaitanya if I could be a part of the event,” said Aamir Khan that it was his interest that pushed him to land in Hyderabad.

Aamir Khan made his speech in Hindi and shared very good things about Naga Chaitanya.

Aamir Khan also said that he has taken the phone numbers of Chay’s parents to personally tell them that he was floored with Chay’s goodness.

Aamir Khan also complimented Sai Pallavi’s dance skills. “I watched her dance videos on Youtube and I must say that I became her fan,” he said.

Aamir conveyed his best wishes to the team, confirming that he will also watch Love Story on 24th September in a theatre in Mumbai. “The theatres are not functioning in Maharashtra. But, I will watch the film along with all of you on the 24th in a theatre. I will try if I can get permission for a private screening of the film in Mumbai.” said Aamir Khan.