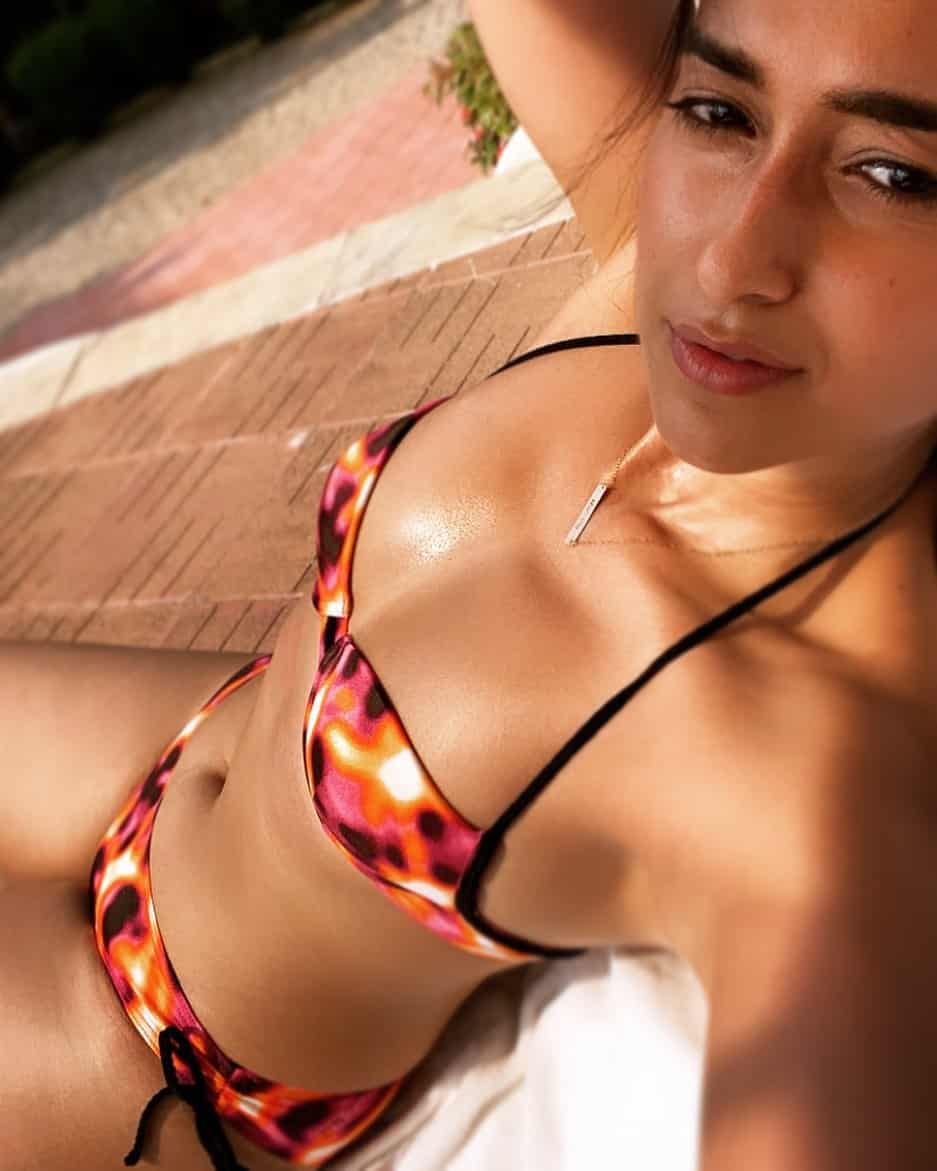 The dusky goa beauty, Ileana D’Cruz shared a picture of hers clad in a bikini set, recalling her summer memories. The actress can be seen wearing a multi-colour bikini set and the bralette has a halter neck with a sweetheart neckline.

The sun-kissed picture of Ileana left fans spellbound and her voluptuous curves couldn’t even stop celebs such as Nargis Fakhri and Esha Gupta from leaving comments. “Longing for sun days again,” captioned Ileana for the picture along with a bikini and sun emojis.

Ileana flaunted her flawless natural skin in this no filter picture. And her throwback memory will give you major wanderlust. In fact, Calling Ileana D’Cruz a water baby won’t be wrong. The actress often shares her pictures in bikini, sporting her pool time moments and underwater divings.

On the work front, Ileana will next be seen in ”Unfair and Lovely”, a social comedy to burst the obsession with fair skin in India. There are also rumours that the actress might replace Kajal in Praveen Sattaru’s Ghost, starring Nagarjuna, as the former have walked out due to presumably pregnancy news.