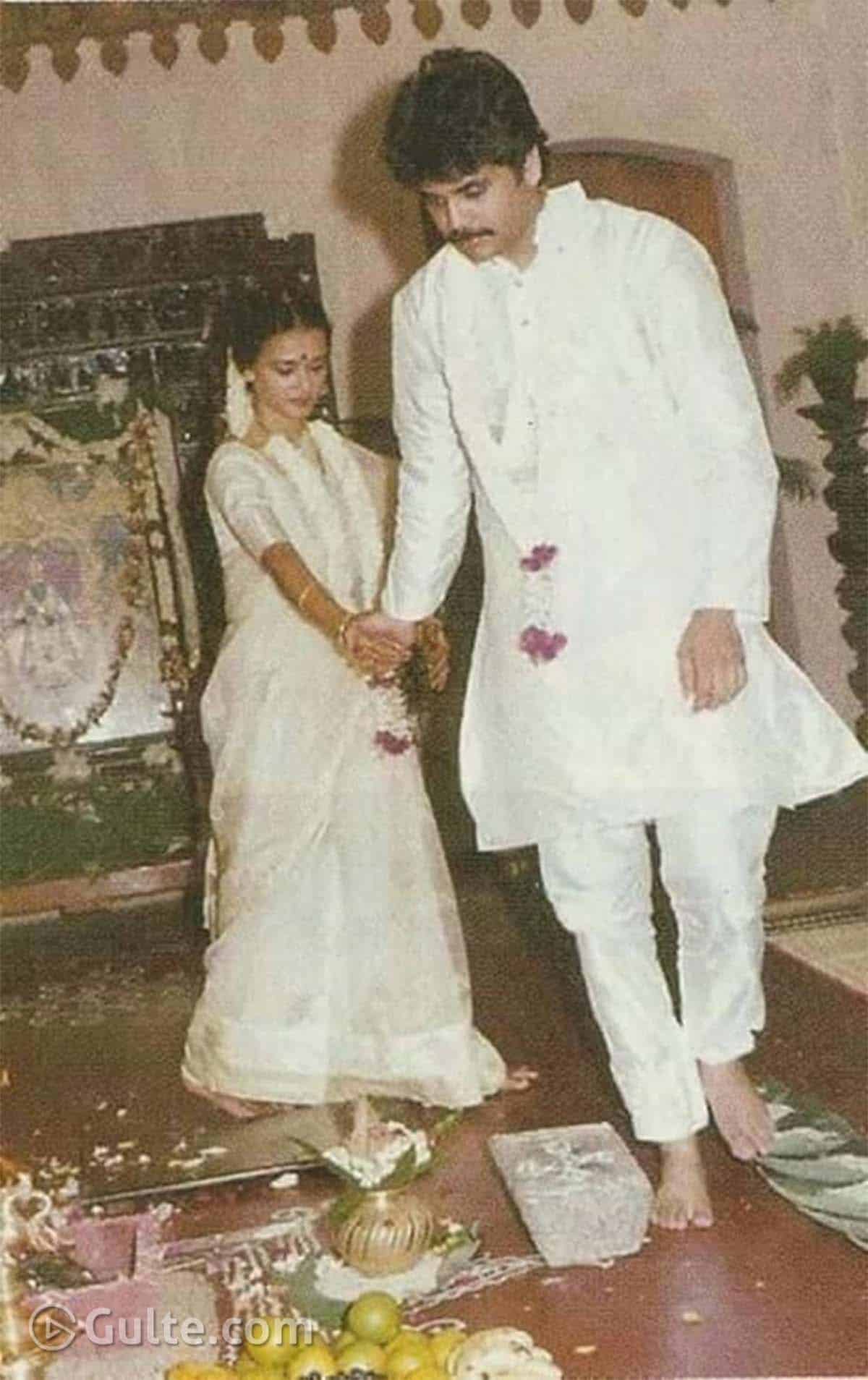 The evergreen couple of Tollywood, Nagarjuna and Amala Akkineni celebrated their 28th wedding anniversary on Thursday at their residence in a simple yet memorable manner. Nagarjuna also posted one of their beautiful wedding pictures where the duo was seen in their wedding clothes. The actor thanked his fans for wishes. “Thank you all for the blessings in these troubled times! be well, my friends! (sic)..”, Nagarjuna tweeted.

The picture surely gave us nostalgic vibes. Nagarjuna looked handsome as always with his chiselled physique and he wore a white kurta, while amala looked sweet and innocent, leaving us spellbound with her charisma in a white saree. The couple got married on 11 June, 1992.

In the late 80s, Nagarjuna worked with Amala for the first time and the latter was then new to the industry, making her debut in 1986. She is an Anglo-Indian actress and her last name was Mukherjee before getting married to Nagarjuna. The actor was impressed by her in the first meeting itself as he adored her punctuality and dignity on sets.

One incident that made the couple come closer is..one day, during their movie shoot, Nagarjuna was told that Amala was reluctant to step out of the vanity van. Nagarjuna decided to go and enquire as to what was wrong. He was surprised to see her sitting on a chair and sobbing. When inquired, Amala said that she was given a really goofy costume for the next scene and she doesn’t want to wear it.

Nagarjuna was infatuated and fell for her innocence and suggested that she discuss the same with the director. Amala was also stuck with his amazing concern as she was not exactly expecting a supportive stance from him. Touched by his care and concern, Amala started being friendly with Nagarjuna. In just a few years, in 1991, Nagarjuna proposed to Amala on one of their trips together to the United States.

“Just like in movies, our love and marriage also happened. Nag surprised me out of the blue and asked me to marry him. After all the euphoria and excitement subsided, I asked him, “Will we move to Hyderabad?” He said, “Yes.” I said, “I don’t have to rush to work?” He said, “If you don’t want to you need not my dear. You can do whatever you like to do.” I was so excited at that thought. I was tired of continuously working and living life out of a suitcase. About 50 films in 8 years is a lot, so I was really exhausted. When Nag proposed to me, I felt like I was going on a long holiday,” Amala once quoted.

The couple was blessed with Akhil Akkineni in 1994. Their love story is nothing short of modern time love stories, making it equally fascinating and too cute for words. We wish you many beautiful years ahead together, Nagarjuna and Amala.