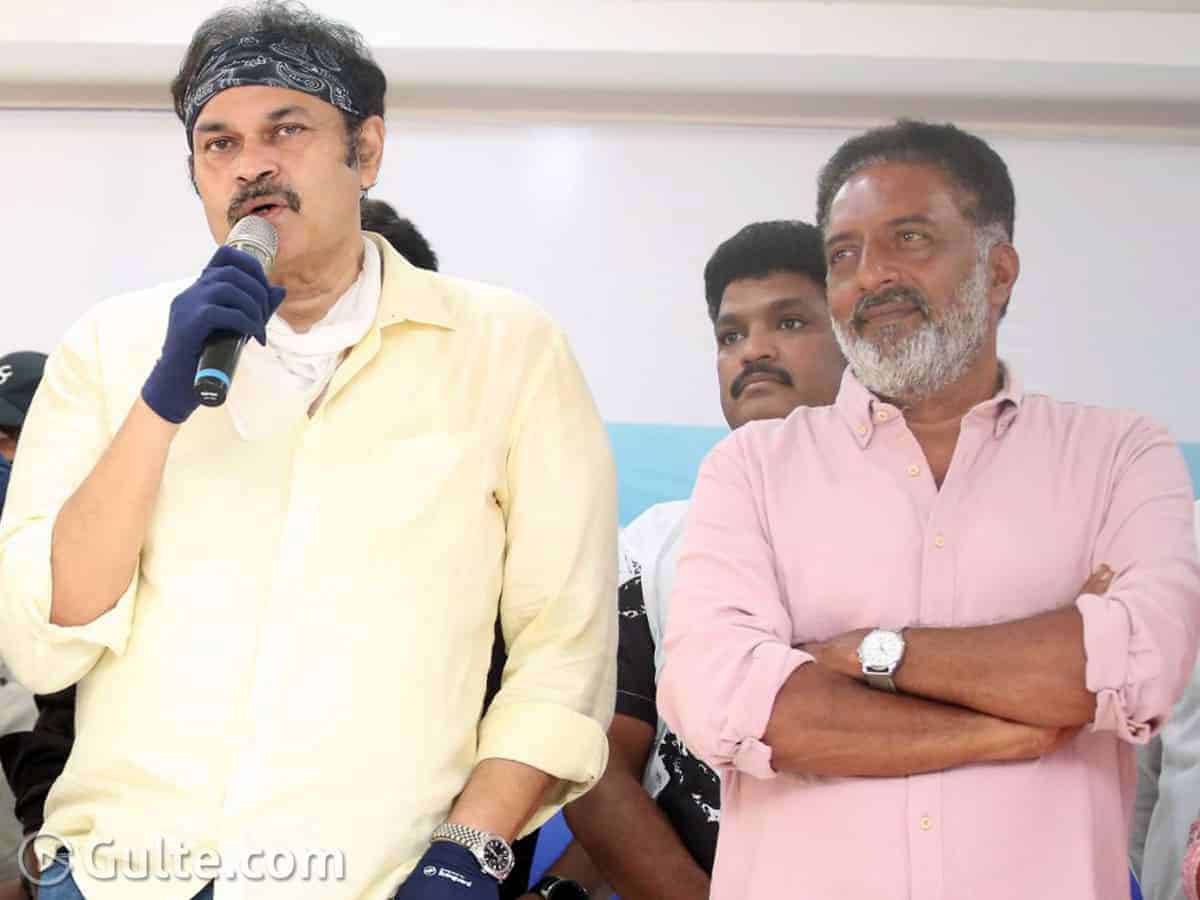 To showcase the support of big heroes in the industry, actually MAA President post contestant Manchu Vishnu is reaching out to many veterans like Krishnam Raju and also star heroes like Balayya, and sharing pictures with them. And then, Prakash Raj tried to do the same with a few but it didn’t work for obvious reasons. But then, here comes another Mega twist about this campaign.

A buzz in the industry is reading out loud that none of the mega family’s heroes is willing to give a picture with people from both the panels that are contesting in MAA elections. Reportedly Megastar Chiranjeevi is said to have asked all of his family’s actors to refrain from doing such things, and taking sides. They think that both Vishnu and Prakash Raj are dearest to them, and don’t want to take part in the political side of it.

Today it has come out that an actress from Prakash Raj’s panel tried to reach out to Megastar but she was politely refused a photo op.