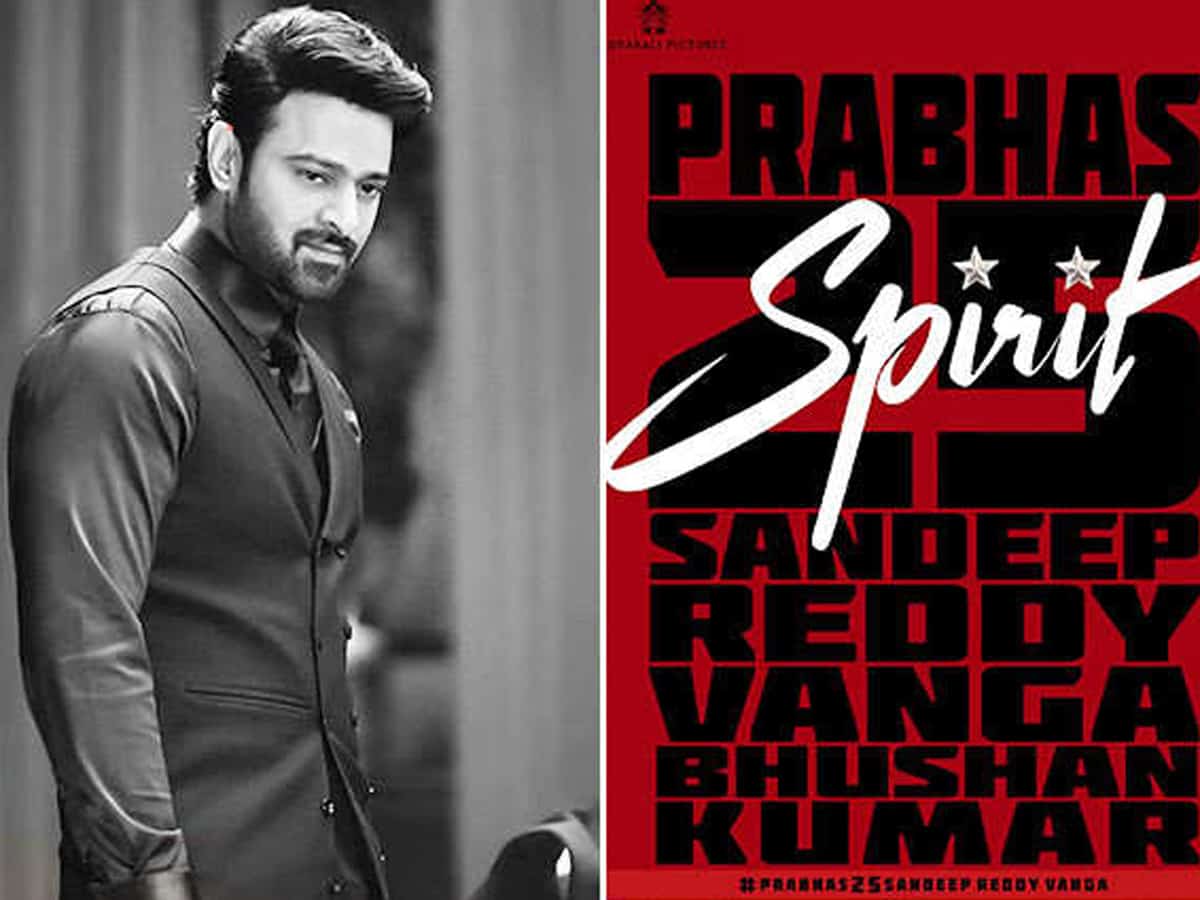 This morning pan India star Prabhas’ landmark 25th film announcement arrived. #Prabhas25 marks the collaboration of Prabhas with director Sandeep Reddy Vanga of ‘Arjun Reddy’ fame. Along with the announcement, the title poster was also unveiled and it is trending on social media.

But this poster had a big detail when carefully noticed. Considering Prabhas’ image and stardom, all his films will inevitably get a release in all the four south Indian languages and Hindi. But ‘SPIRT’ is going to have a release in three foreign languages and they are Chinese, Japanese and Korean (South) languages too. The announcement poster has this detail at the bottom where languages are mentioned.

Prabhas’ ‘Baahubali’ and ‘Saaho’ released in Chinese and Japanese languages and with ‘SPIRIT’ he is set to enter the Korean market too. This expansion is nothing short of a miracle and it shows how Prabhas stardom is reaching new boundaries with every film.

Nevertheless, ‘SPIRIT’ is going to have out of the moon expectations and rebel fans have already pinned massive hopes.