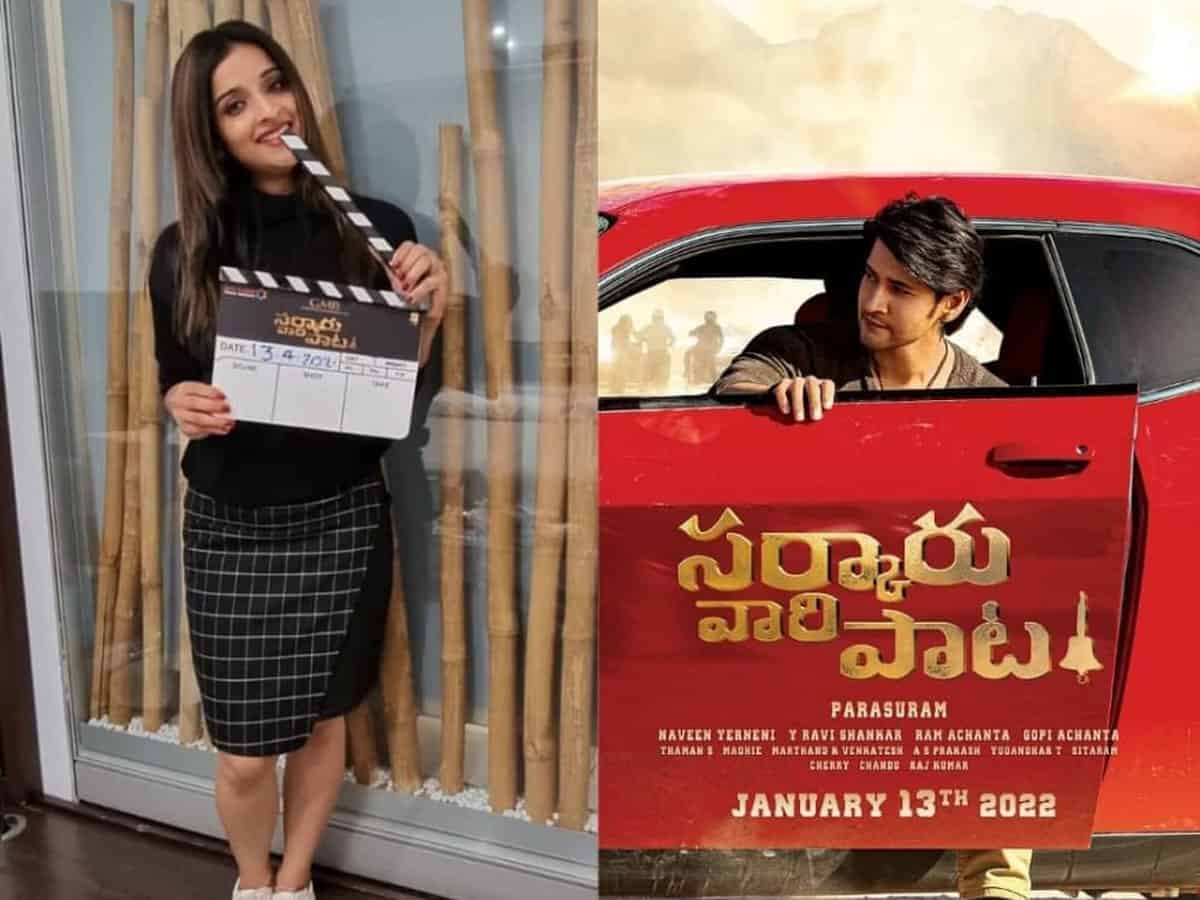 Sarkaru Vaari Paata is one of the upcoming movies in Telugu. Mahesh Babu plays the lead role in the movie. Parasuram Petla is the film’s director. Now, Malayalam actress Sowmyaa Menon is the latest addition to the film’s cast. The film marks her debut in Telugu Cinema.

Sharing a picture of her holding the film’s clapboard on Instagram, the actress confirmed that she is a part of the project.

“Hola Fam,💃🏻Super excited to be a part of this huge team “Sarkaru Vaari Patta” I am feeling truly blessed to have this opportunity to work with such incredibly talented, wonderful & legendary team. An amazing new beginning ❤ Looking forward for all your prayers and support💕💫” she wrote.

The film unit is currently shooting for the film in Spain. Mahesh, Keerthy Suresh, and other key cast are taking part in the film’s shoot right now.

Sowmyaa Menon debuted in the 2018 Malayalam film Kinavalli. She shot to fame with Children’s Park followed by movies like Margamkali and Fancy Dress.

Jointly produced by Mythri Movie Makers, 14 Reels Plus, and G. Mahesh Babu Entertainment, the film will release on January 13, 2021.