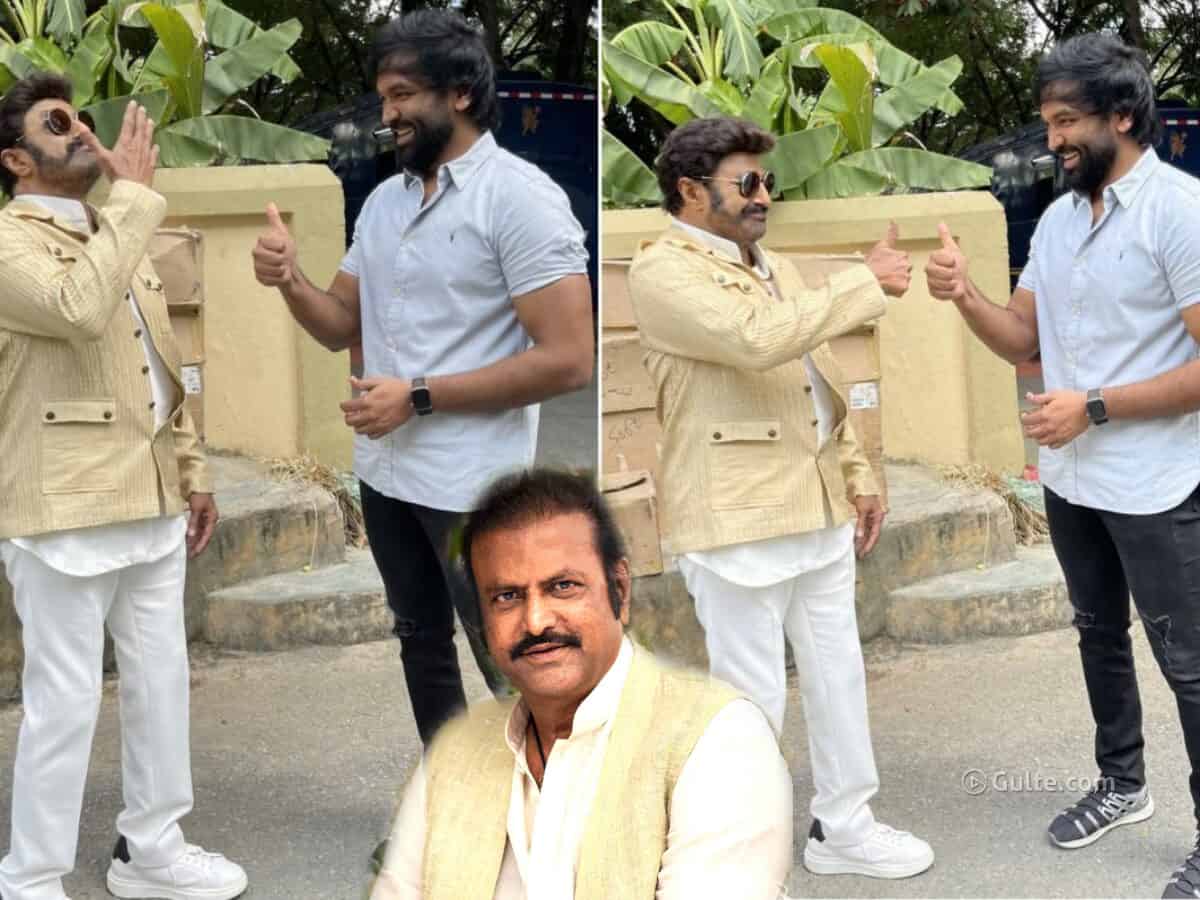 “I’ve campaigned against his son in law in Mangalagiri during the previous election. But still, when I sought his support during the recently concluded MAA Election, he simply extended his support with a positive bent of mindset. For helping my son, I pray to God that Balayya lives long forever”, said Mohan Babu, after meeting Nandamuri Balakrishna at the latter’s residence today.

Saying that Balayya has no attitude and a high level of cultured manners, Mohan Babu felt that Balayya didn’t keep anything on his mind regarding the previous TDP-YSRC clash. Speaking with the media, Mohan Babu confirmed that Balayya is a great individual who helped his son without thinking about the past and they are grateful for that.

Responding on the resignations, Vishnu stated that he want positivity and want the people who have won from Prakash Raj’s panel as well to work with him hand in hand.