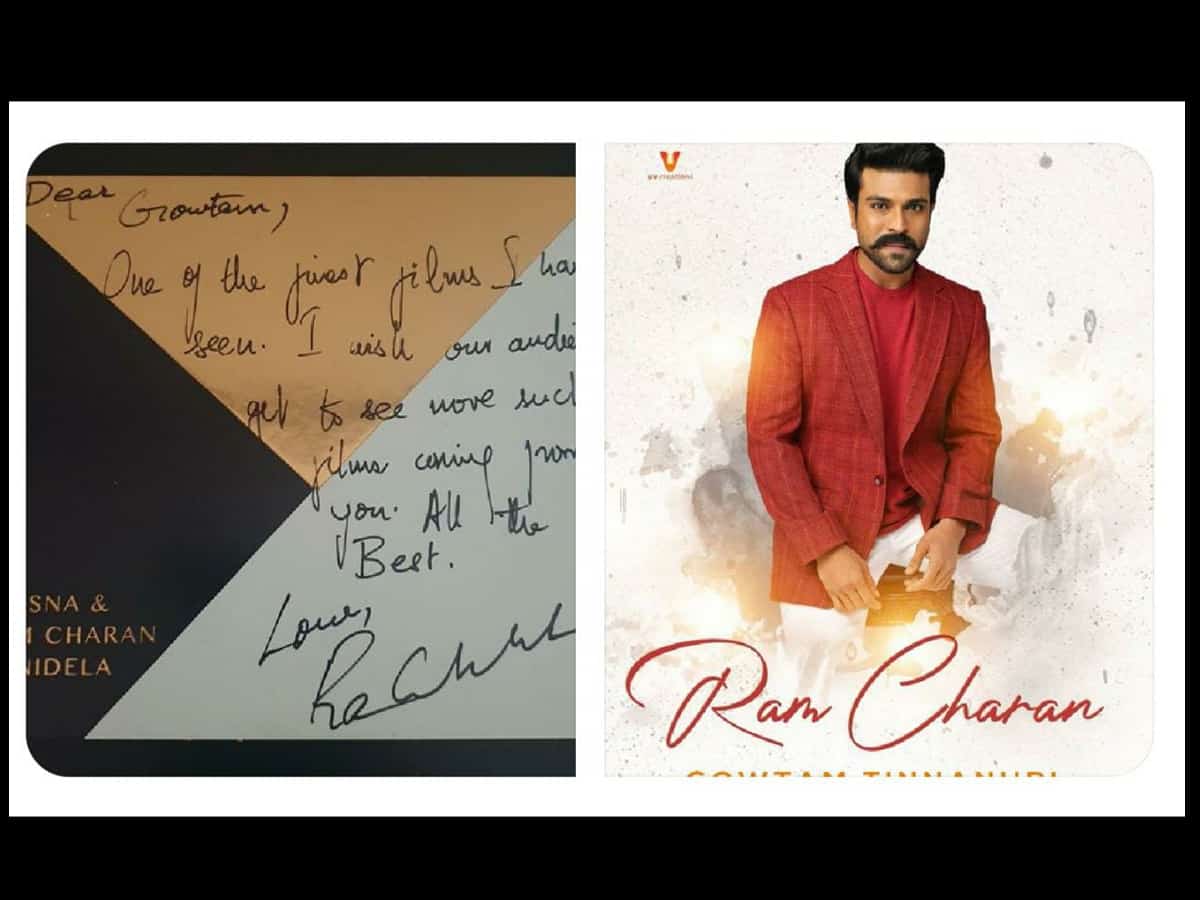 Even as a formal announcement on his new film with Ram Charan was made, director Gowtam Tinnanuri uploaded on Twitter a letter that he received from the ‘Mega Power Star’ when Jersey was released.

Ram Charan had written in the letter: “Dear Gowtam, One of the finest films I have seen. I wish our audience get to see more such films coming from you. All the best. Love, Ram Charan.”

Sharing the letter on his microblogging page, the director wrote: “I have treasured this note since quite some time and was hoping to share it with the world when I get an opportunity to work with you. Never knew it will come so soon.Thank you for all the love sir. @AlwaysRamCharan #HappyDussehra”.

On the auspicious occasion of Dussehra, it was revealed that the new film of Ram Charan will be helmed by Gowtam Tinnanuri and produced by UV Creations and NVR Cinema on a huge budget.

Sources say it is going to be a unique subject and Gowtam Tinnanuri has come out with a very interesting script.

Shooting will start as soon as Ram Charan completes his current movie with director Shankar. More details about the film, including its title, cast and crew, will be announced soon.