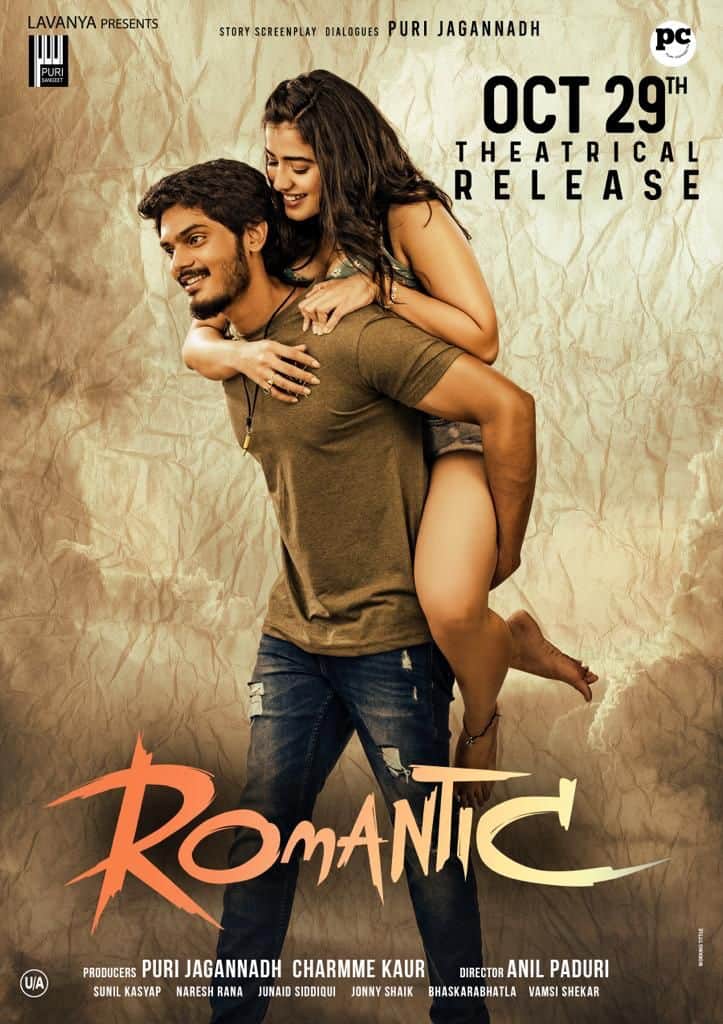 Akash Puri and Ketika Sharma’s Romantic was the first film announced for release during Diwali on November 4th. Since the competition is heavy for the festival, they have advanced the release date. Directed by debutant Anil Paduri, Romantic will release in theatres on 29th of this month.

The poster justifies the title, as it shows the couple in a romantic mood. Crazily in love with each other, Akash Puri is seen carrying Ketika on his back and there is ecstasy in both the faces. While Akash looks handsome in tees and jeans, Sharma looks super-hot in top and shorts.

Puri Jagannadh has penned story, screenplay and dialogues for the film directed by first timer Anil Paduri. Puri is also producing the film along with Charmee Kaur.