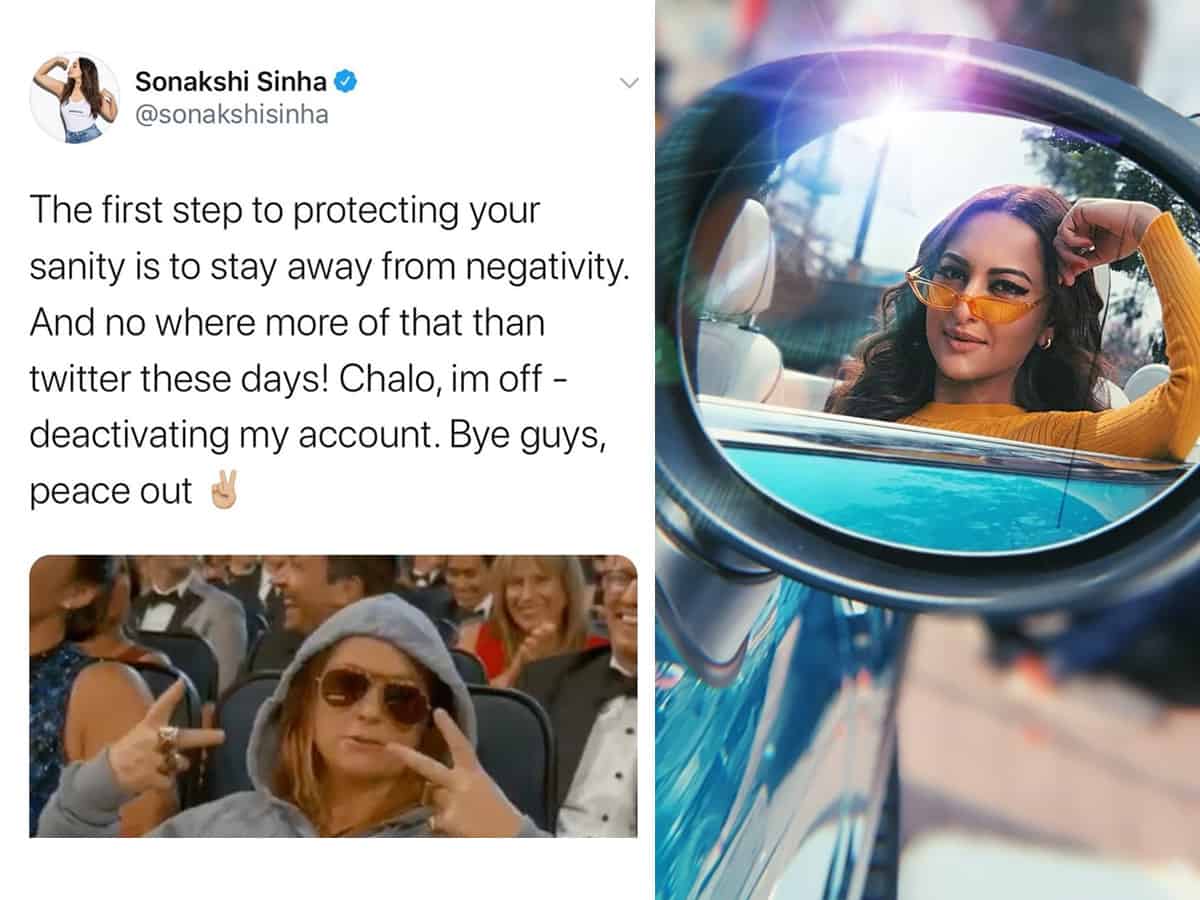 “The first step to protect your sanity is to stay away from negativity. And nowhere more of that than Twitter these days! Chalo I’m off – deactivating my account. Bye guys, peace out,” tweeted Sonakshi.

And in her Instagram story, the ‘Dabanng’ beauty said, “Never for a second misconstrue, this as a sign of weakness. It’s a sign of great strength to kick hate in the face and say I’m not engaging with you anymore. Try it.”

Sonakshi was also one among the Bollywood nepotism gang who face criticism from netizens and trollers for her comments on hero Sushant Singh Rajput’s tragic death. A day after the incident, Sonakshi defended the nepotism stance and she was mercilessly targeted. Vexed up with this, Sonakshi quit Twitter.