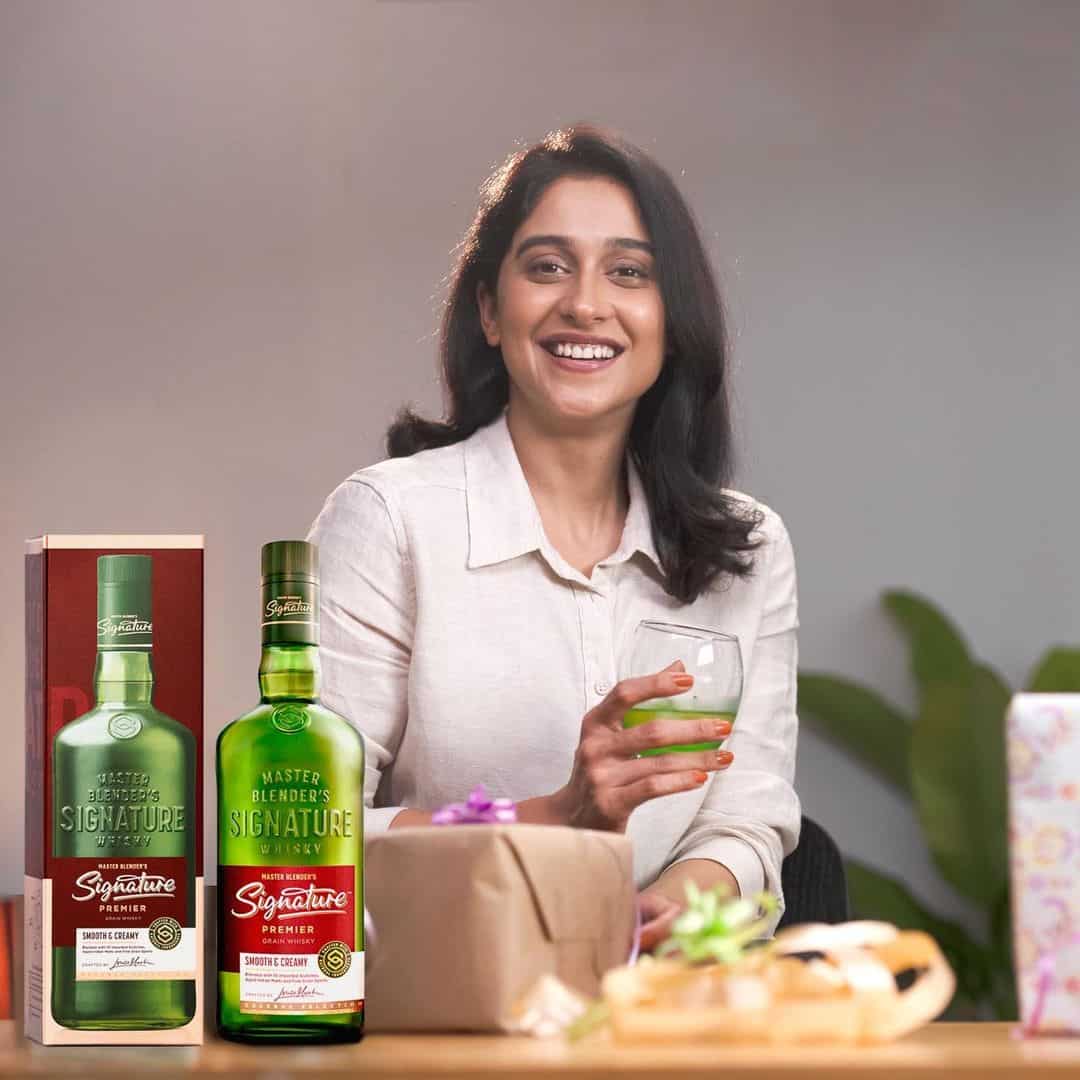 South beauty Regina Cassandra took to her Instagram handle to promote her favourite whisky brand, and she was trolled in a twinkling of an eye for all wrong reasons. Fans are unhappy as she promoted an alcoholic drink on the public domain and that did not turn out well for her. Netizens brutally bashed the actress in a jiff.

“From anchoring when I was 9, to working in commercials and then films. It’s a journey that I’ll treasure for life. I also cherish the all-new Signature Premier Whiskey that is beautifully crafted by nature! #MySignatureSip is a true treasure!” wrote Regina along with a picture of hers holding a glass of whiskey in hand.

Her fans immediately flooded the post with some judgemental comments. “Disliked, unfollowing your kinda actors (sic),” wrote an Instagram user. “Plz don’t promote alcohol (sic),” urged her fan. “Alcohol???? @reginaacassandraa,” commented an Insta user. Fans asked the actress if she is promoting the unhealthy stuff “just for the money”.

“As per the Indian ministry of health, there have been some alcohol advertising Laws and you can not post directly on social media like this. Please remove it before someone reports it (sic),” reads one of the top comments on Regina’s post. “Is this permissible now to openly promote Alcohol?” wondered a fan.

Nevertheless, stars’ liquor endorsements bring in big bucks and it can be tough to explain why a beloved star would promote a potentially unhealthy activity sometimes. It can be very effective marketing but also a health hazard for the influence they carry among the youth.