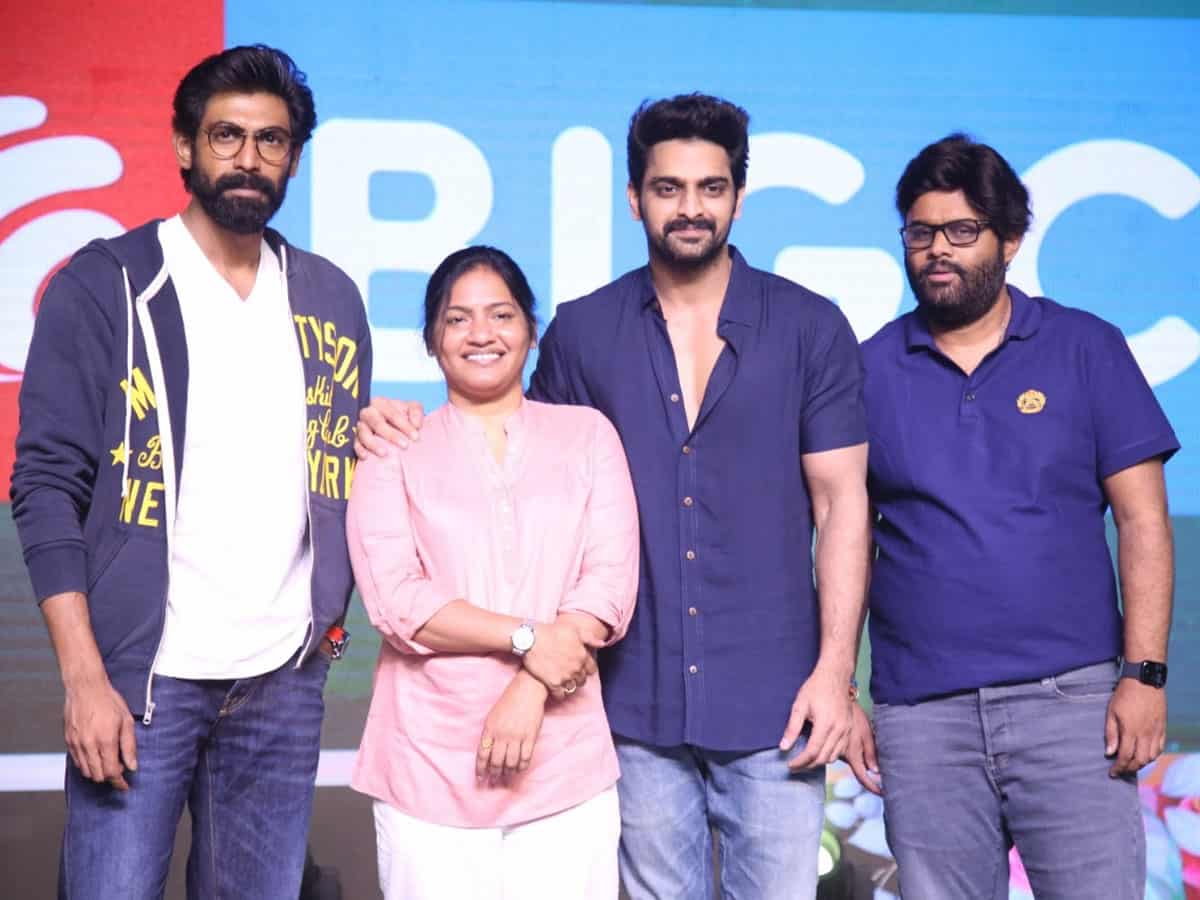 Naga Shaurya’s Varudu Kavalenu directed by Lakshmi Sowjanya is all set for release on 29th of this month. Today, the film’s trailer has been launched and Rana Daggubati attended it as a special guest. However, the film’s lead actress Ritu Varma couldn’t make it for the event as she was busy with shooting of other film.

Rana said, “If you haven’t disclosed me the name of the hero, I would have definitely predicted Naga Shaurya is the hero of Varudu Kaavalenu. It’s an apt title for him. Naga Shaurya appears to me like a Ramudu Manchi Baludu kind of guy. I don’t know whether I’m a bad fellow, or there’s such goodness in him, he looks very decent. Theatres are back, films are back and Naga Shaurya is back. All the best to the entire team.”

Naga Shaurya said, “I really feel proud of doing Varudu Kaavalenu. It’s a complete family entertainer. Naga Vamsi and Chinna Babu are one of the only makers who spend budget, as much as the story demands, but not on based on the hero’s market. Ganesh Raviri penned wonderful dialogues.

Akka (Lakshmi Sowjanya) narrated me the plotline back in 2018, after the release of Chalo. It has become a big film, after Sithara Entertainments came to produce the film. Ritu Varma is a very professional actress.”

Shaurya also informed that he lost nearly 16 kgs for the film. In fact, he looks charismatic and class in the promos of the film.

Naga Vamsi said, “Although the trailer gave an impression that, Varudu Kaavalenu is a pure family entertainer, it is actually a youthful entertainer. We deliberately didn’t include few elements in the trailer. The film has all the commercial elements.”