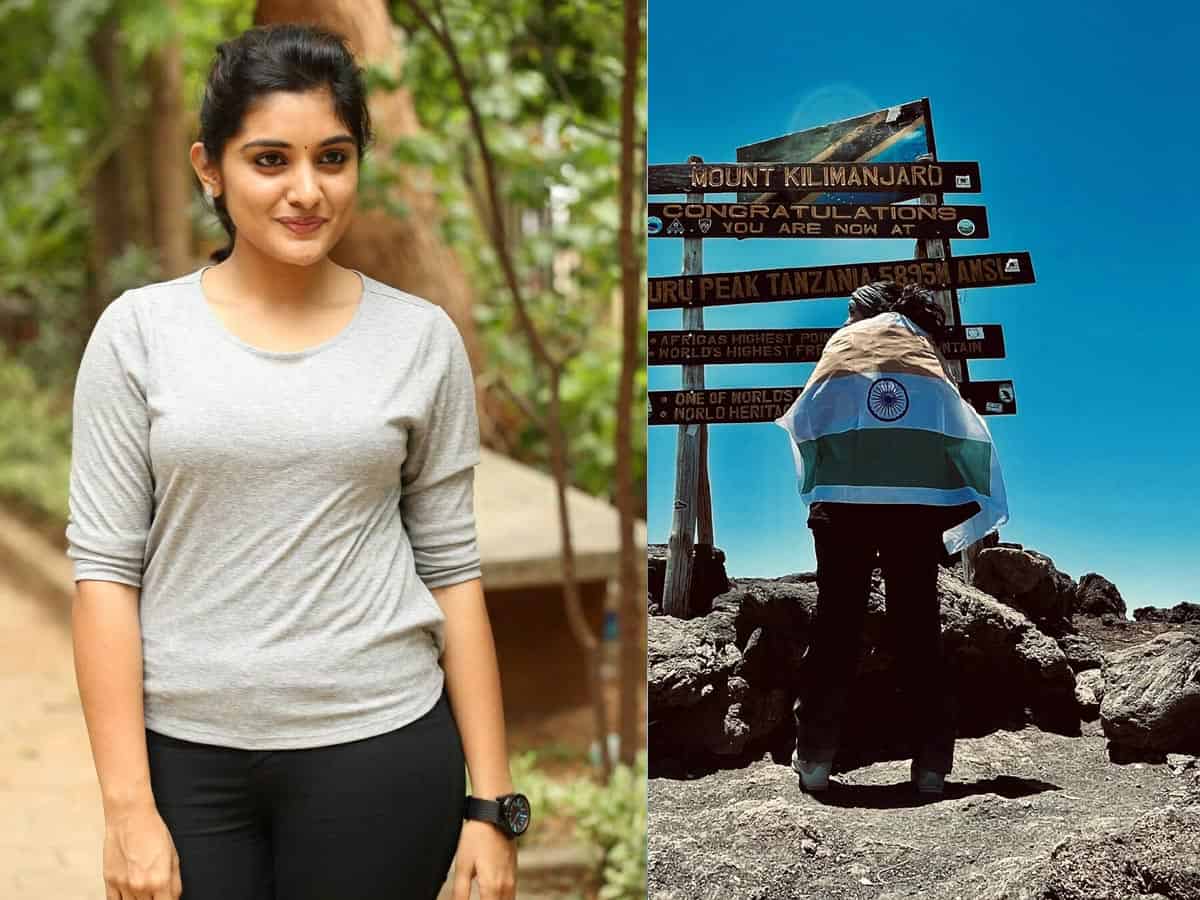 Every person has some wishes on their bucket list. The joy we get after accomplishing those dreams cannot be explained in words. Actress Nivetha Thomas has accomplished one such achievement.

It is also the fourth most topographically prominent peak on Earth. Climbing Kilimanjaro is a dream for many but Nivetha accomplished it at such a young age.

She shared the picture of her standing on the peak of the mountain and tweeted, “I made it. To the top of the tallest free-standing mountain in the world. Mount Kilimanjaro.”

The Netizens and the film celebrities are showering appreciation on the actress’ timeline for this achievement. “And I’m yet to climb Golconda here,” commented director Sudheer Varma. Actor Rahul Ravindra appreciated by commenting, “Whoa!”

On the career front, Nivetha Thomas was last seen in the film Vakeel Saab.